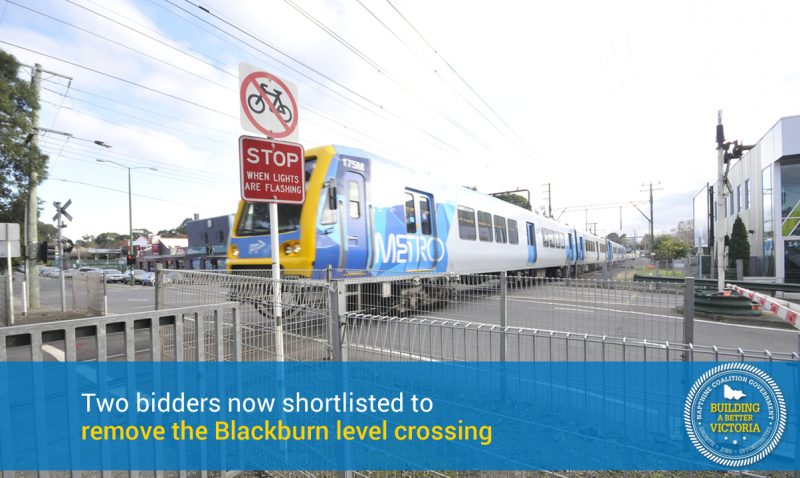 Following a competitive Expressions of Interest process, four standout bidders have been shortlisted, two for each of the packages – Main Road St Albans and Blackburn Road Blackburn and secondly, Burke Road Glen Iris and North Road Ormond – will now develop detailed proposals to deliver the projects.

“This $685 million level crossing removal program is a part of the record $24 billion transport infrastructure program delivered in the 2014-15 Budget,” Mr O’Brien said.

“These are four of the worst level crossings in Victoria. The Coalition Government can remove these level crossings, as a direct result of our strong economic management that is delivering substantial Budget surpluses to fund our record infrastructure program.

Minister for Roads and Public Transport Terry Mulder said that there are two shortlisted bidders for each of the two packages.

“By staging the projects this way we can reduce the impact on the train and road network and manage the industry resources available,” Mr Mulder said.

The shortlisted bidders for the two packages are:

The projects are being delivered and managed by VicRoads in partnership with Public Transport Victoria and in close cooperation with Metro Trains Melbourne.

Since 2011, the Coalition Government has now allocated planning and construction funding for 40 level crossing removals and grade separations – the largest such program on record.