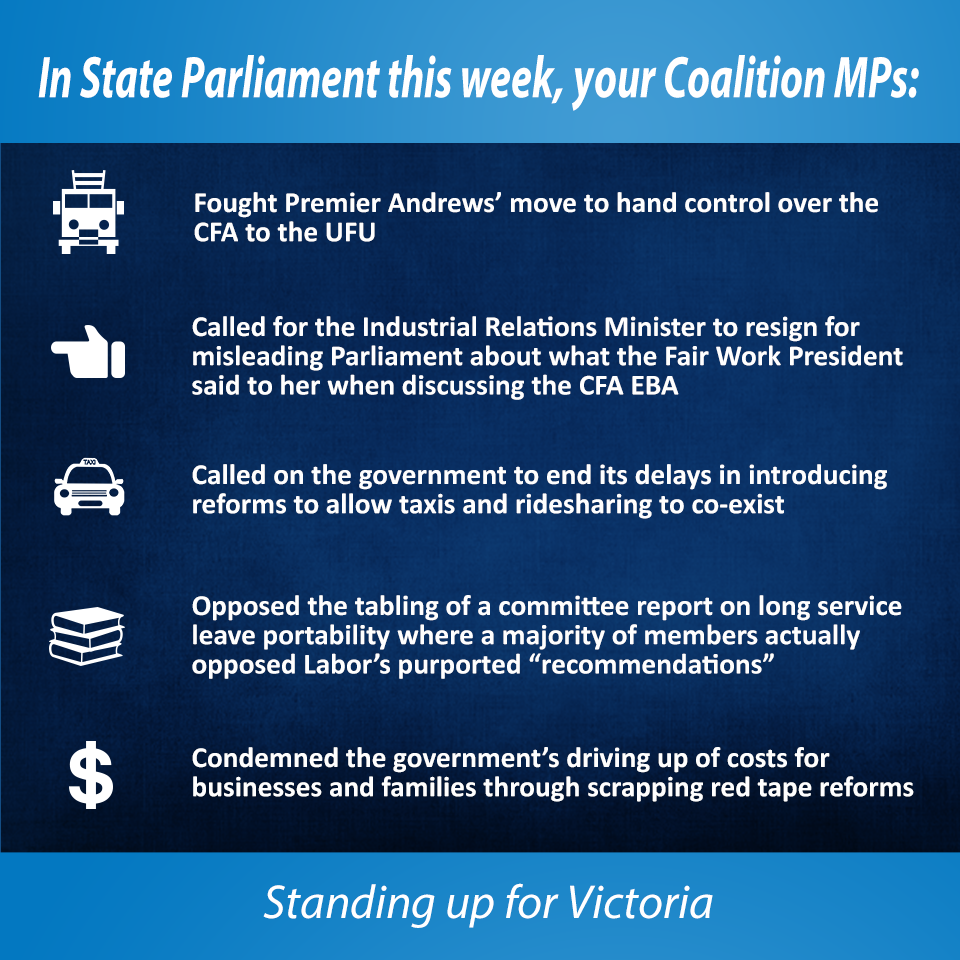 In a week in State Parliament dominated by the CFA issue, Liberal and Nationals MPs tried on every possible occasion to expose and stop what Premier Andrews was moving to do, through questions, motions and calling for the government to disclose and debate their intentions in Parliament.

We also called for the Industrial Relations Minister to resign after she gave alleged details to Parliament of a discussion with Fair Work President, Iain Ross, and then was forced to withdraw what she had said, claiming she had “mis-spoke” even though her first statement was read out from a prepared document.

We called on the government to end its delay in introducing reforms to allow taxis and ridesharing like Uber to co-exist, instead of just rushing through a limited amendment to overturn a court ruling that affected taxi and hire car regulation.

We opposed the tabling of a Parliamentary committee report on long service leave portability after it was revealed the so-called “majority” recommendations to expand portability had been guillotined through by the Labor minority when the Shooters and Fishers Party member couldn’t make it to a meeting, despite being opposed by a majority of the committee.

We also condemned the scrapping of a range of red tape reduction reforms by the Andrews government, which are likely to drive up business costs and prices and thus add to the cost of living.