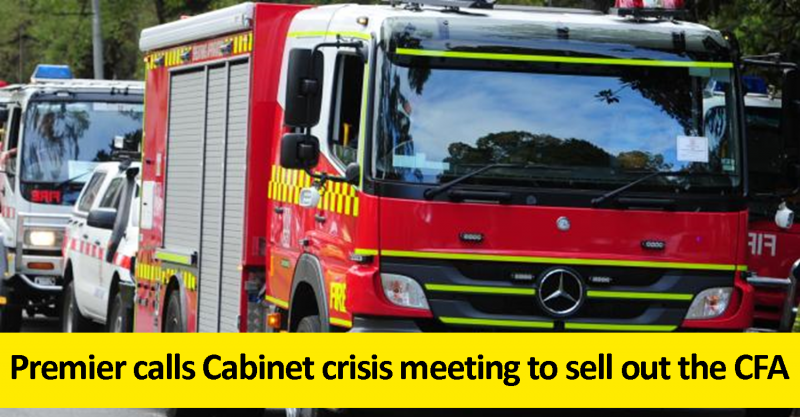 Unbelievable. A senior Andrews government Minister is caught out for misleading the Parliament, and then has the nerve to claim it was because she “mis-spoke”, even though she had read out every word of her misleading statement from a prepared document.

It’s also been revealed overnight that the legal advice given to the CFA Board telling them the UFU deal would be unlawful came from a senior lawyer appointed by the Labor government itself.

Yet despite all this, Premier Andrews has called an emergency meeting of Cabinet this morning to try ram through a decision to force the CFA Board and it’s Minister to hand over control of the CFA to the firefighters union.