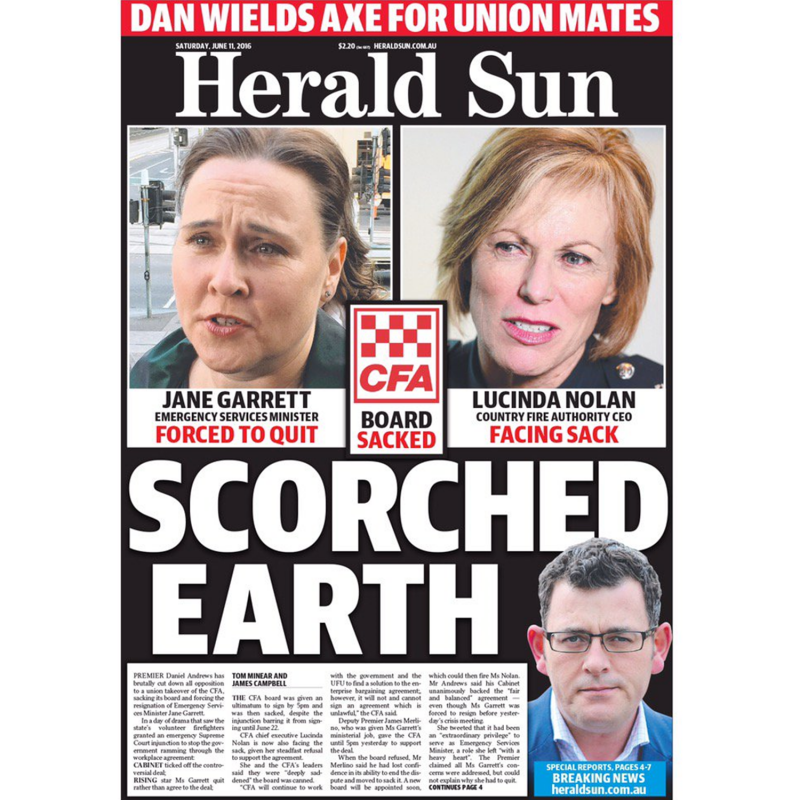 Emergency Services Minister, Jane Garrett, resigned because she knows and cares about the enormous harm that handing control over the CFA to the firefighters union will do.  The tragedy is that no other Andrews government minister knows or cares enough.

The Turnbull government made clear yesterday it will not stand by and let the CFA be destroyed. If re-elected they will legislate to amend the Fair Work Act so it can no longer be misused to undermine volunteer emergency services bodies.

The legislation will specify that an EBA cannot include terms that undermine the capacity of the CFA or other emergency services volunteer bodies to properly manage their own volunteer operations. Any such term in an existing or proposed EBA will be unenforceable.

If you care about the future of the EBA, support the volunteers association’s Supreme Court fight to force any puppet CFA Board appointed by the Andrews government to comply with the CFA Act, and support the Turnbull government to get legislation passed that will save the CFA.