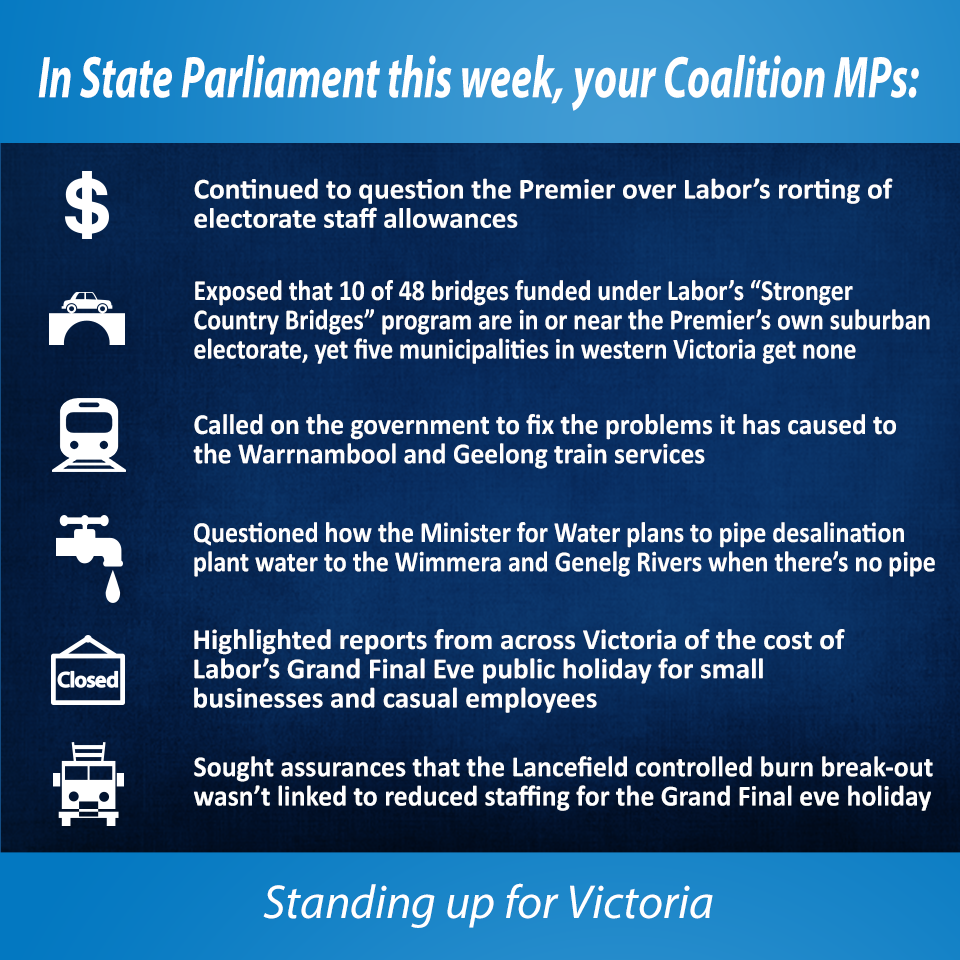 In an eventful sitting week, Liberal and National MPs continued to question the Premier about Labor’s rorting of electorate staff allowances, and why the Premier’s attitude to rorting now is so different to what he used to say about former Frankston MP, Geoff Shaw.

We also questioned the Minister for Sport, John Eren, over his involvement, leading to Speaker’s rulings that in future such questions will not be allowed and that the term “rorter” is unparliamentary.

We exposed the fact that 10 of the 48 bridges the government is upgrading under its Stronger Country Bridges program are in or within four kilometres of the Premier’s own suburban electorate of Mulgrave. In contrast, five municipalities in coastal western Victoria will not receive a single bridge upgrade between them, compared with the $5 million a year they would have received under the Coalition’s Country Roads and Bridges program.

We asked the Minister for Water to explain how she planned to implement her idea of piping water from the desalination plant to the Wimmera and Glenelg rivers, given no pipe exists that covers the 450 kilometres required.

We also sought assurances that the Lancefield planned burn breakout was not linked to public holiday staffing arrangements.

In the Legislative Council, Coalition MPs won cross-bench support to call on the government to fix the problems it has caused to the Warrnambool and Geelong rail services.