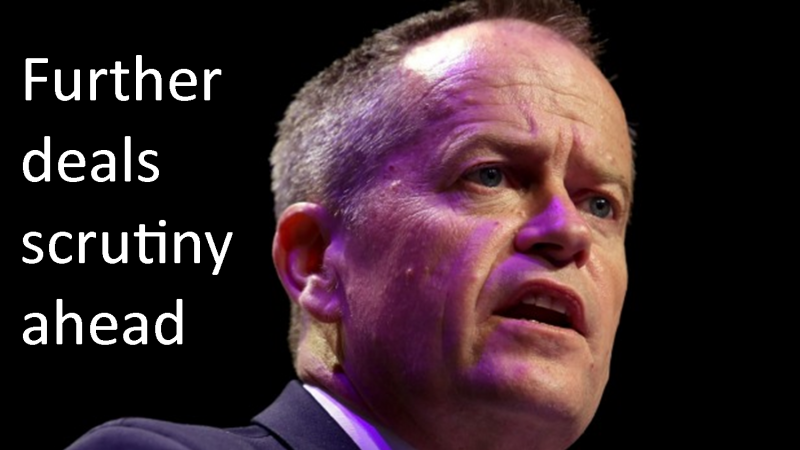 The Age reports TURC will resume investigation into allegations that Australian Workers Union officials arranged for employers to make large payments to the union in exchange for favourable wages deals, including on Melbourne’s Eastlink project.

It’s one thing for unions to do sensible wages deals that ensure workers have ongoing jobs in a productive and viable industry. It’s another thing for union officials to sell out their members in exchange for kick-backs that further officials’ personal lifestyles or political careers.

That’s why this scrutiny is so important, as is reform of Australia’s trade union laws. We can’t afford to have trade union officials operating under the law of the jungle. We need the Senate to pass reform legislation that will ensure union officials actually work in the interests of ordinary workers, rather than their own political and personal interests.