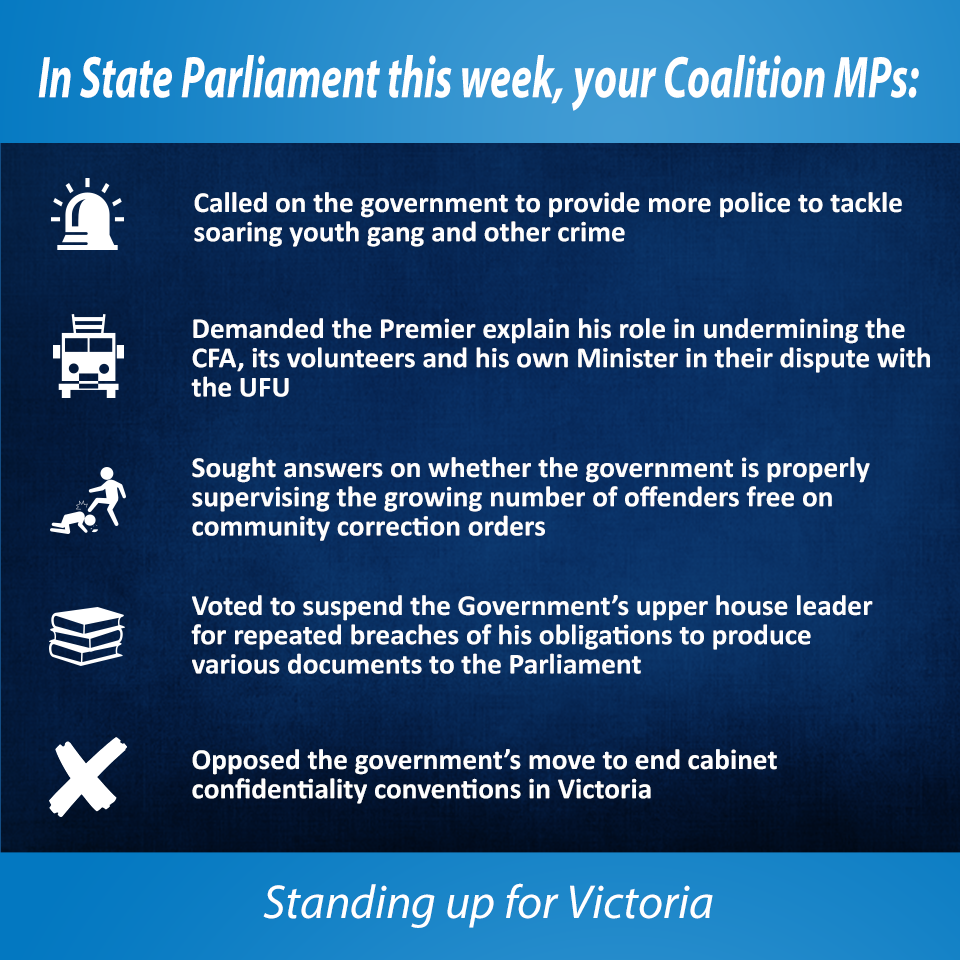 In a tumultuous week in State Parliament, Liberal and National MPs repeatedly questioned the government over soaring levels of youth gang crime, and called on the government to reverse their cuts and provide more frontline police.

We demanded the Premier explain his role in undermining the Country Fire Authority and CFA volunteers, as well as his own Minister, in their attempt to stop the firefighters’ union gaining veto powers over the CFA’s operations.

We sought answers from the government about whether they are properly supervising the growing number of offenders who are free on community correction orders, so as to minimise their risk to the community.

In the Legislative Council, we voted to suspend the government’s upper house leader for his repeated and continuing defiance of requirements to provide copies of various government documents to the Parliament, requirements that exclude from publication Cabinet and other genuinely confidential documents.