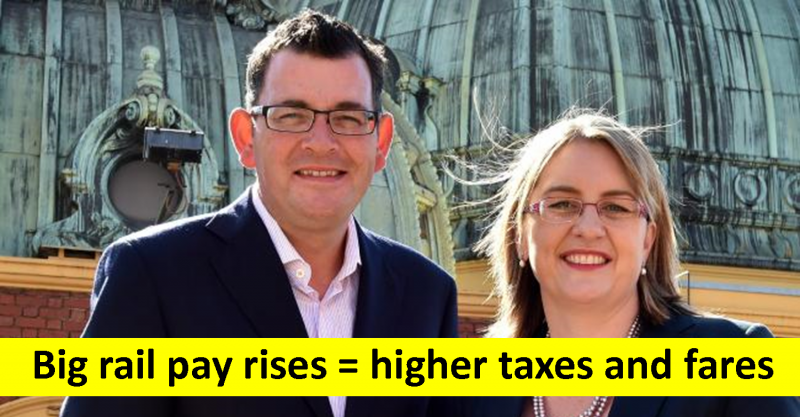 Taxpayers and commuters face higher fares and payments to rail operators after rail unions were yesterday given big pay rises to call off strikes that threatened level crossing removals.

It looks as though yet again the Andrews government has folded to outrageous demands from their union mates.

Every time Premier Andrews caves in because a strike is threatened, it simply invites every other union to demand even more and threaten more strikes.

Victoria needs a government that is prepared to stand up for the interests of the whole community, and insist on fair and reasonable pay rises that don’t just slug taxpayers and commuters with whatever it costs to buy off a strike.