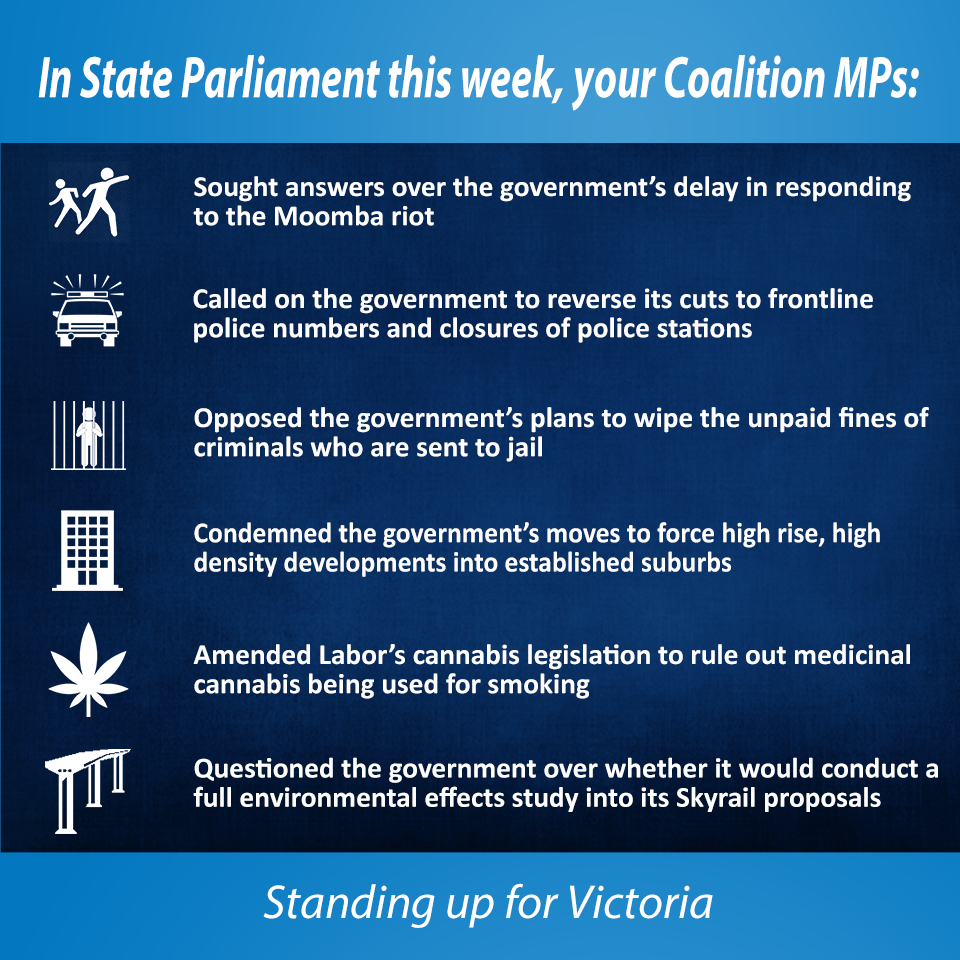 This week in State Parliament, Liberal and Nationals MPs sought answers over the government’s delay in responding to the Moomba riot, despite the serious harm it caused and the lack of police resources it exposed.

We repeatedly called on the government to reverse its cuts to frontline police numbers and closures of police stations, and to provide Victoria Police with the extra police numbers they need to tackle rising crime.

We opposed government moves to wipe the unpaid fines of criminals who are sent to jail for other crimes, by treating the time they spend in jail as time served to clear their fines.

We condemned the government’s move to force high rise, high density development into established suburbs by removing the height limit protections introduced by the Liberal-Nationals government, in both commercial and residential zones.

As well, we questioned the government over whether it would undertake a full environment effects study into Skyrail, just as the Liberal-Nationals government undertook for the East West Link, given the noise and fumes Skyrail will emit. However, the government refused to commit to a full study.

We also moved to suspend the government’s Leader in the Legislative Council, Gavin Jennings, from Parliament over the government’s repeated refusal to produce key documents to the Parliament, in defiance of long standing requirements for them to do so.