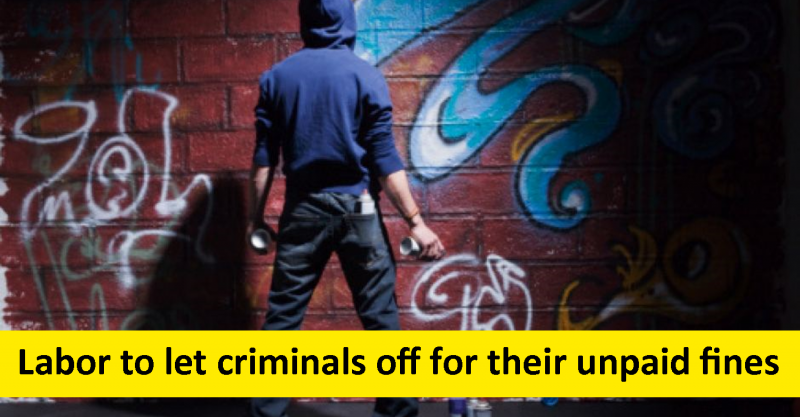 While Premier Daniel Andrews talks tough about crime in public, behind the scenes his government is changing the law so criminals who get sent to jail will be let off their unpaid fines!

This means if someone such as a Moomba rioter gets sent to jail, and has unpaid driving fines, or even fines for previous crimes, those fines will be wiped simply by the offender sitting in their jail cell.

At the same time, the honest citizen is expected to pay up every last cent if they get fined for inadvertently driving a few kms over the speed limit.

While the Premier claims he won’t accept any “poor me” excuses, yesterday his Labor MPs spent hours giving Parliament “poor me” excuses for why crooks and thugs should be let off their fines when they get sent to jail.

This is a racket that the previous Coalition government legislated to get rid of, but now the Labor government wants it to continue.

It’s no wonder the community is losing respect for the law, when Premier Andrews quietly tries to put soft on crime legislation like this through the Parliament.