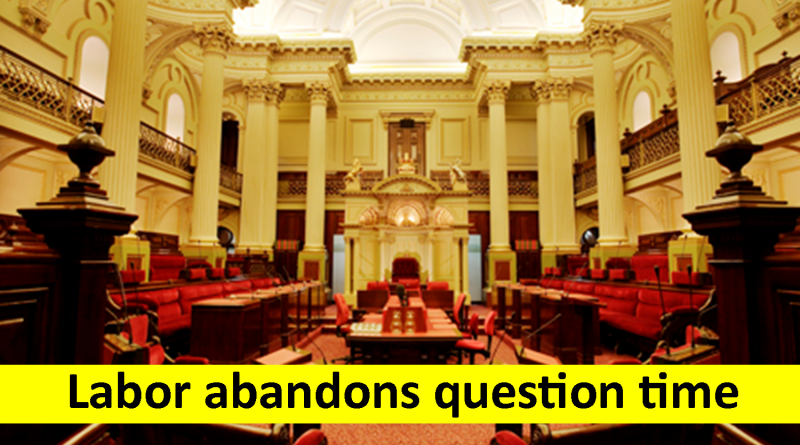 Most people would regard question time as being at the heart of modern Westminster democracy – where Ministers are asked and answer questions on key issues affecting the community.

But not according to the Labor Party. Yesterday, Labor simply decided they would no longer stand up and answer any questions they were asked in the Legislative Council.

These included questions about turmoil in prisons, gang attacks on overseas students and Victoria’s electricity supply.  These are all important issues on which the community are entitled to expect answers from their elected government.

Labor’s refusal to answer questions in question time follows their repeated and continuing refusal to comply with requirements to provide copies of various government documents to the Parliament.  This was followed by bizarre moves reportedly intended to stop Opposition Leader, Matthew Guy, from sitting in Parliament.

This is banana republic behaviour from an arrogant government contemptuous of democracy.  It is a government that is becoming increasingly erratic and out of control.