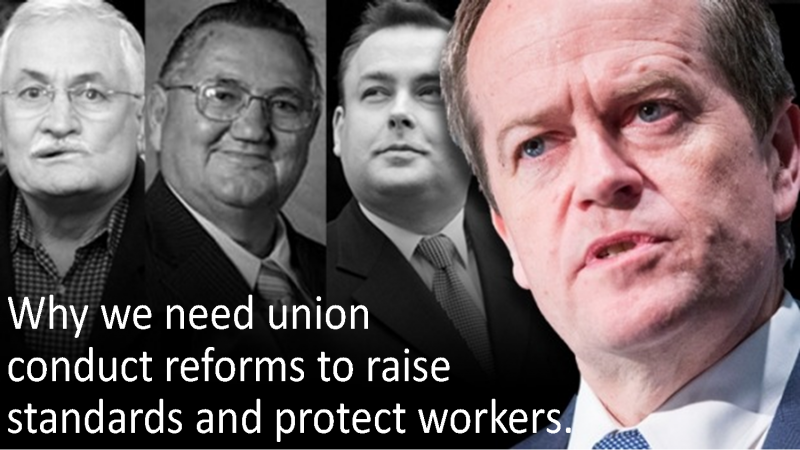 This article focusses on Bill Shorten’s rise to power, but he is just one amongst many.

Ambition and advancement built on good work for those you represent is one thing; selling out low-paid workers and using them as pawns in a numbers game is something else.

Decent and fair-minded people across the political spectrum need to throw their weight behind union conduct reforms to raise standards and support those union officials who put their workers first.

Reforms should require union officials to declare and avoid conflicts of interest, spell out the duties that officials owe to workers, and provide effective remedies against those officials who sell out their members.