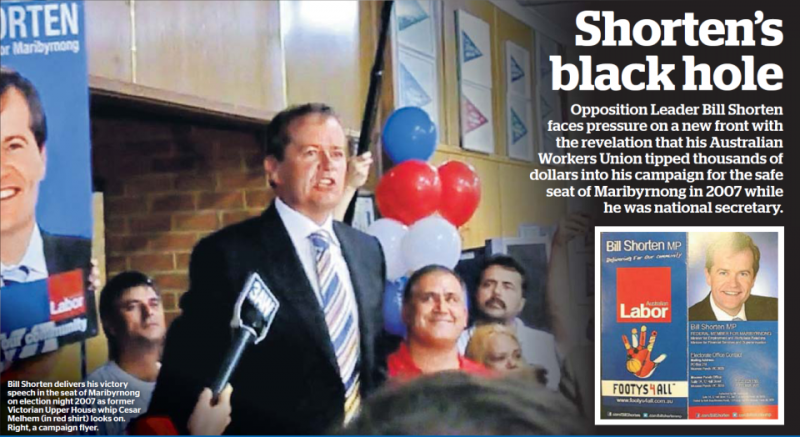 Today’s Age carries allegations that the AWU tipped tens of thousands of dollars of members’ funds into Bill Shorten’s election campaign for Federal Parliament while he was still the union’s national secretary.

This is on top of the money donated to Mr Shorten’s campaign from the slush fund run by fellow union official and now Labor MP, Cesar Melhem.

According to The Age, Labor insiders called the campaign “the black hole of Maribyrnong” because of the amount of money and resources it absorbed.

These latest allegations show yet again the urgent need for reforms to trade union laws to require union officials to avoid conflicts between their personal interests and their members’ interests.

Union officials are supposed to be there to protect workers’ interests – not to sell out their workers in order to build their union power base or advance their political careers.