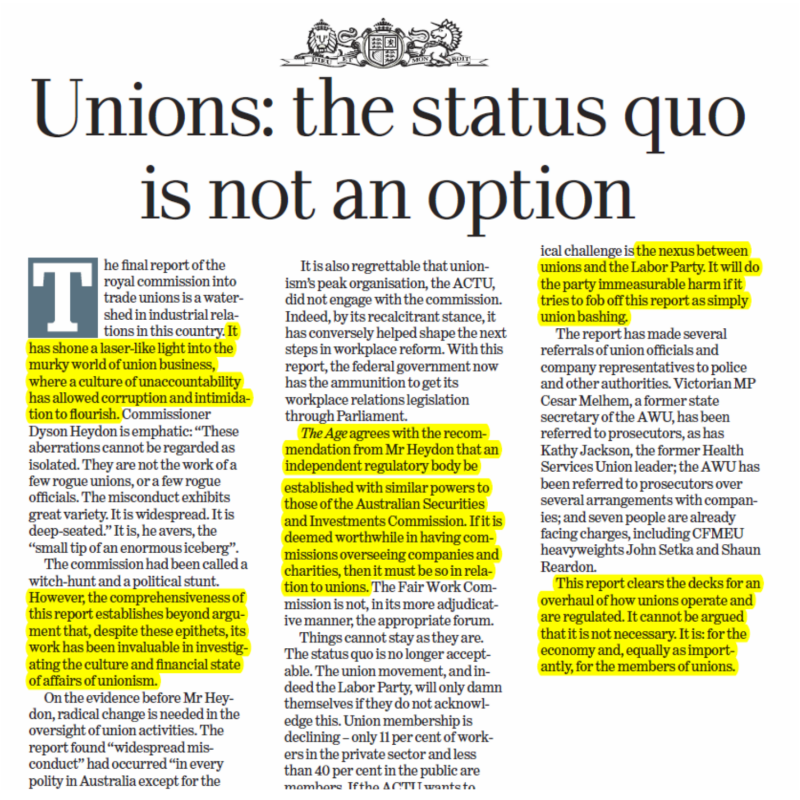 The Labor Party and the union movement are increasingly isolated in denying there’s a big problem with Australia’s unions that needs to be fixed.

Today’s Age editorial sums it up well “The commission had been called a witch-hunt and a political stunt. However, the comprehensiveness of this report establishes beyond argument that, despite these epithets, its work has been invaluable in investigating the culture and financial state of affairs of unionism.”

Australia and Victoria at last have the chance to have new laws that will restore honest and law-abiding behaviour in trade unions and end thuggery and extortion in our building industry. We must seize the opportunity.

For the full text of The Age’s editorial, see Unions: the status quo is not an option.