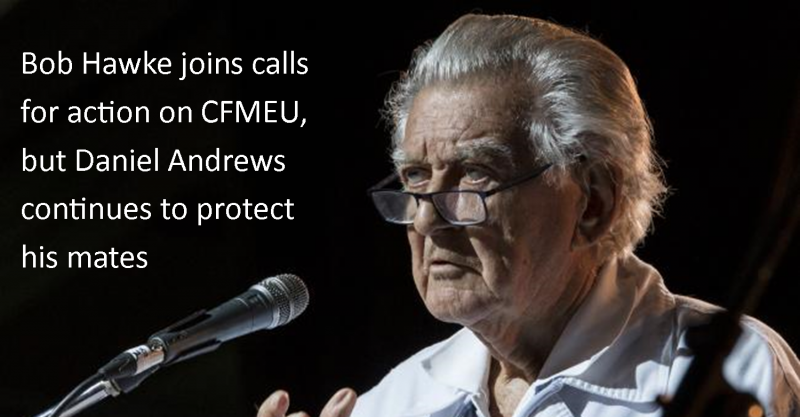 Former Prime Minister, Bob Hawke, has joined the long list of past union and Labor leaders calling for action to clean up the union movement.

As Bob Hawke says, he was prepared to act against the rogue Builders Labourers Federation in the 1980s. So was former Victorian Premier John Cain.

In stark contrast, Premier Daniel Andrews has refused to act against the CFMEU or John Setka, has abolished the construction code and has repealed the move-on laws, thus giving free rein to the CFMEU to continue its thuggery, intimidation and extortion in the building industry.

For the full text of today’s article in The Australian, see Hawke call: cut ALP ties with CFMEU.