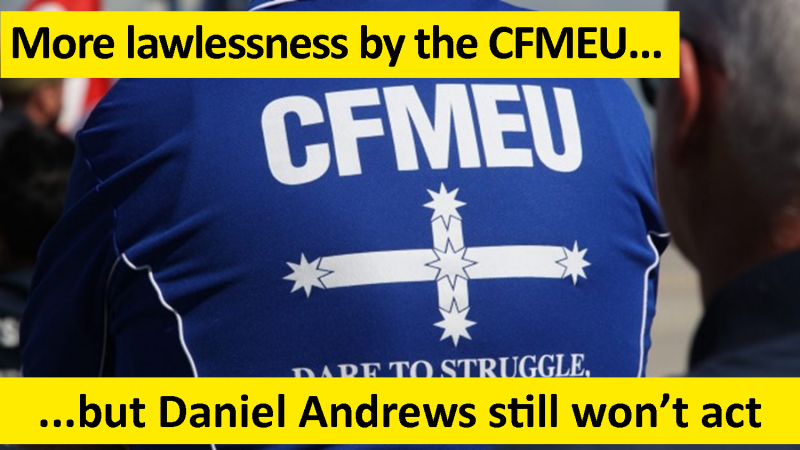 Yet another massive fine has been imposed on the CFMEU for unlawful conduct – this time for threatening to put a scaffolding company out of business because it refused to employ a CFMEU shop steward.

The union and its Victorian president have been fined more than $245,000 for what the judge has described as a “wilful, conscious act” for which the union has shown no contrition.

The court heard evidence that the CFMEU has broken industrial laws more than 100 times since 2003.

This sort of lawlessness not only does huge damage to the Victorian building industry, it shows complete contempt for the law.

It should be regarded as intolerable that a Victorian Premier can continue to align himself with a union that behaves like this.

How can Mr Andrews have any credibility in expecting anyone else to obey the law while he continues to condone the lawlessness of the CFMEU by accepting their money and support?

To read The Australian’s report on this latest ruling against the CFMEU, see CFMEU Victorian president Ralph Edwards, union fined over threat.