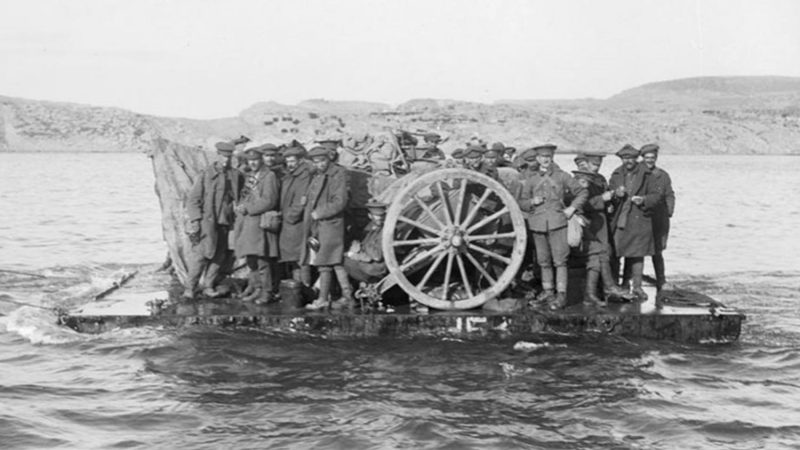 “Each line marched, like so many ghostly figures in the dim light in single file on to its allotted jetty, and so on to a motor barge … there was a short pause to make sure no one had been left behind. We had succeeded in withdrawing 45,000 men, also mules, guns, stores, provisions and transport without a single casualty, and without allowing the enemy to entertain the slightest suspicion. It was a most brilliant conception, brilliantly organized and brilliantly executed, and will, I am sure, rank as the greatest joke – and the greatest feat of arms in the whole range of military history.”   General Sir John Monash, in a letter to his wife dated 20 December 1915, 4 am

Australians rightly commemorate 25 April, the day of the first ANZAC landing at Gallipoli in 1915. However, far less is said about the evacuation of the Allied forces from Gallipoli just seven months later. This week marks the centenary of that evacuation, which was easily the most successful part of the entire Gallipoli campaign.

Through carefully planned concealment and deception, 45,000+ troops were quietly shipped out from Anzac Cove and Suvla between 15 and 20 December. Support troops and reserves went first, and then the fighting units were thinned out until only 10,000 remained by 19 December. Those remaining moved out that night in a coordinated withdrawal from the front-line trenches. At 4.10 am on the 20th December 2015, the last men left Anzac Cove. Suvla was evacuated the same night. There were just three casualties in the entire evacuation operation.