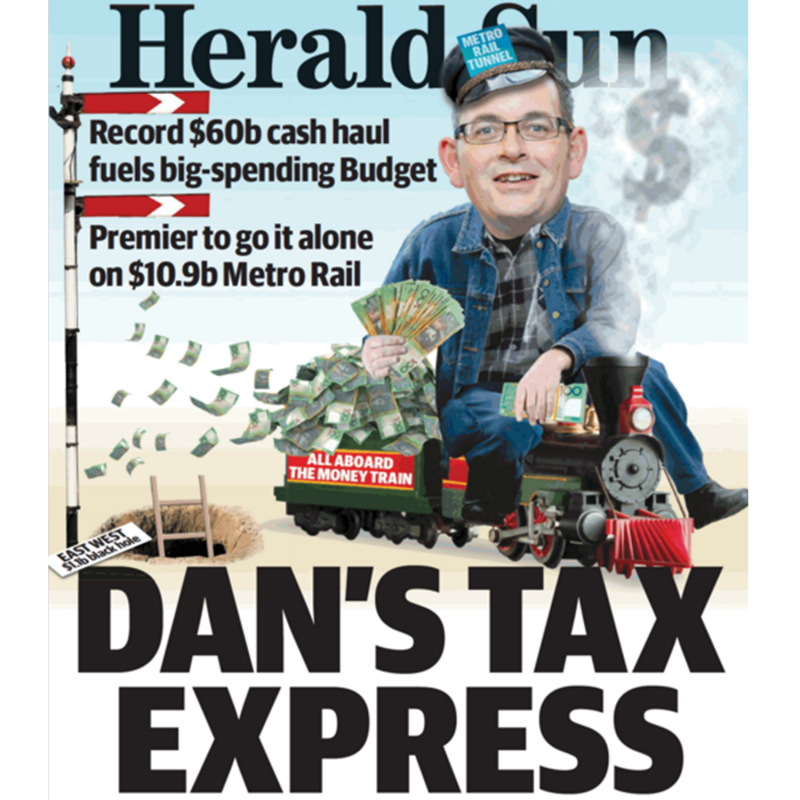 “When you tax a lot, you can spend a lot.” That’s the simple story of this year’s Victorian state budget.

But are the higher taxes fair and affordable? And will the money be spent wisely?

As today’s Herald Sun points out, the budget is built on ever increasing takes from property and other taxes, plus new slugs on electricity prices and rents, and extra CityLink tolls, all of which will hurt families already struggling with their household bills.

Billions of these taxpayer dollars will go on the Western Distributor between Westgate Bridge and Footscray Road, Labor’s rushed and inferior substitute for the scrapped East West Link.

Even more billions will be spent on the Melbourne Metro tunnel, Labor’s hugely expensive alternative to the Coalition’s Melbourne Rail Link, and which doesn’t even include a connection at South Yarra or a rail line to the airport.

At the same time, community safety is being neglected, and police numbers will continue to be stretched even thinner, while the state’s bureaucracy and wages bill are set to soar.