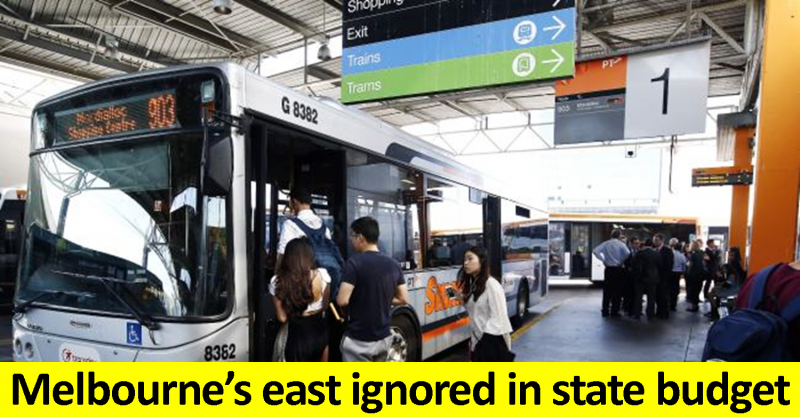 Regrettably, the Labor Party have shown once again they don’t understand and don’t care about the needs of Melbourne’s east.

There’s still no funding for the Box Hill Transport Interchange, even though Labor wants to push more high density housing in and around Box Hill.

Koonung Secondary College has been ignored for a major upgrade, after Labor scrapped the $8.8 million pledged by the Coalition government in 2014.

Box Hill High School has not received a single dollar, despite Labor in 2014 promising it would receive upgrade funding after the Coalition government pledged $5 million.

For the Whitehorse Leader’s coverage of the state budget, see Whitehorse misses out on big budget spend.