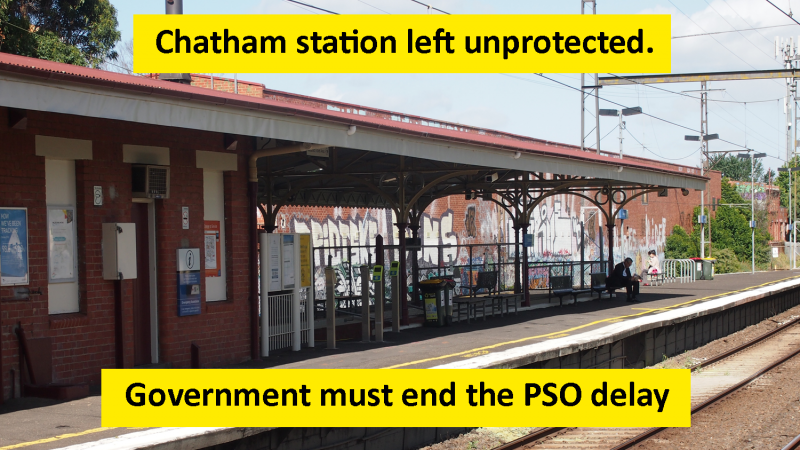 Surrey Hills residents are amongst those across Melbourne left unprotected as a result of the Labor government holding up the deployment of PSOs to railway stations such as Chatham.

PSOs have been a huge step forward in protecting train travellers and restoring confidence for people to use the train system after dark, and we need them at all stations, not just some.

When the Coalition left office last year, every station in Melbourne was scheduled to have PSOs by now, but Labor have only deployed PSOs to a handful of the remaining stations, meaning travellers at 36 stations such as Chatham remain unprotected.

A vital part of the benefit of PSOs is for travellers to know that whatever station they go to, PSOs will be there from 6pm until the last train.

The problem is the Labor Party has never really liked the idea of PSOs at railway stations, initially calling them “plastic police”.

Now they’re in government, Labor need to end the delay and the excuses, and give a guaranteed timetable for putting PSOs on each and every one of the remaining stations.