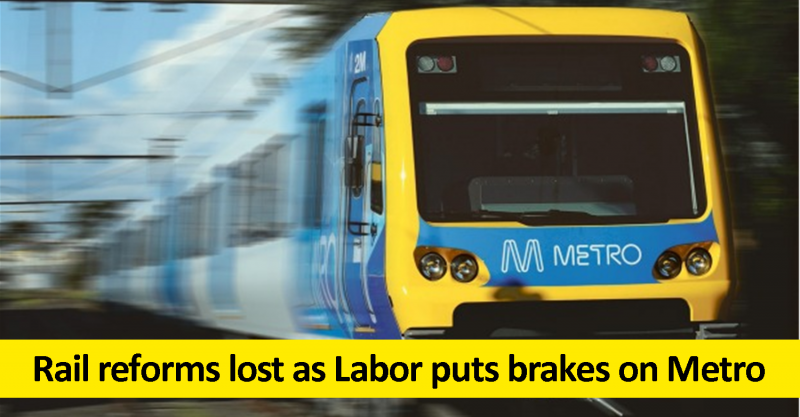 Bad news for Melbourne commuters today, with confirmation that the State Labor government has forced Metro to abandon almost all of the reforms needed bring our rail system into the 21st century.

As a result, commuters won’t get a modern rail service with each line running independently so as to minimise disruptions, as happens almost everywhere else in the world.

Instead, the Melbourne network will be divided into just two broad regions.  This will bring little benefit other than a limited reduction in time needed to re-train drivers when changes are made.

Commuters and taxpayers will also continue to pay for fully trained drivers to sit around waiting to move trains in and out of maintenance sheds.

And in exchange for almost nothing, drivers will receive a massive 17% pay rise over the next four years, with salaries of $120,000 plus overtime.

This not only hurts commuters, it sends the messages to every other union leader that strikes and threatens of strikes are the way to get what they want from our State government.

Victorians need their government to stand up for better services and for fair and affordable pay rises, not to give in to outrageous demands whenever there’s a strike threatened.

For The Age’s report on the abandoning of Metros’ reforms, see Metro drops plan to break up Melbourne railway.