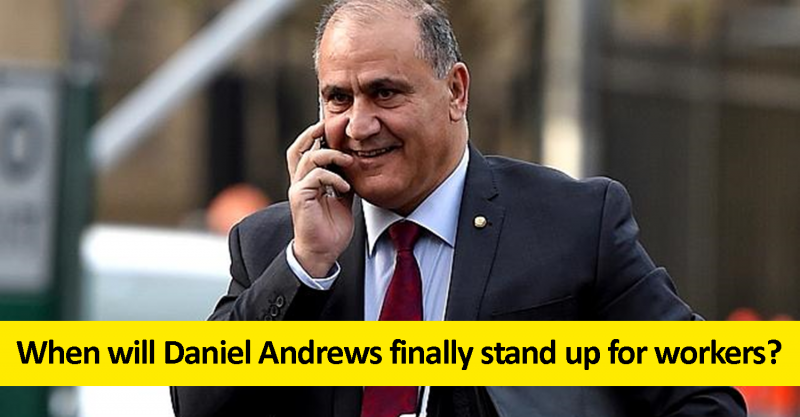 When will Premier Daniel Andrews finally stand up for workers and stop protecting those in his ranks who have rorted the system and sold workers out?

The submissions conclude that Mr Melhem and Mr Blandthorn knowingly signed up their members to bad wages deals, asked for and received payments from employers behind workers’ backs, gave untrue evidence to the Commission and falsely attacked honest witnesses.

The submissions repeatedly label Mr Melhem’s conduct as dishonest and criticise both Mr Melhem and Mr Blandthorn for trying to shift blame to the other.

Ordinary workers are the victims of all this. They have lost out while the union and its officials have been the winners. If the Premier has any concern for workers and for honesty, he needs to take a stand on this, stop delaying and cut all ties with Mr Melhem.

Senior figures in the union movement recognise that this sort of behaviour by trade union officials is unacceptable and must be cleaned up. Premier Andrews needs to do the same.