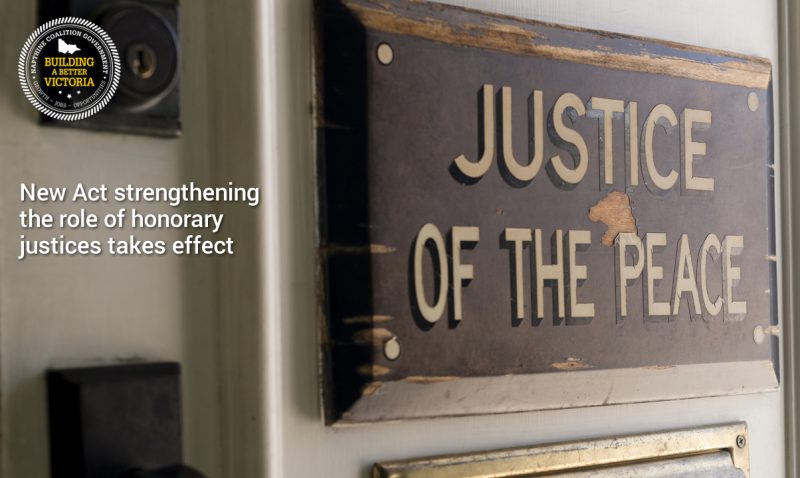 The new Honorary Justices Act 2014 takes effect today, for the first time consolidating the law relating to Bail Justices and Justices of the Peace into a single Act.

“The former Labor government undermined and weakened the standing of honorary justices in the community, at one stage even contemplating abolishing JPs altogether,” Mr Clark said.

“In contrast, the Coalition committed to restore the standing and independence of honorary justices and to better support the invaluable work they do.

“The new Act that comes into force today delivers on that commitment. It gives statutory recognition, backing and protection to the role and work of honorary justices.

“Since being elected, the Victorian Coalition Government has worked with honorary justice associations and groups and with individual Bail Justices and Justices of the Peace to develop this Honorary Justices Act, and it is very pleasing to see it come into operation today.”

Key features of the new Act include:

“The Napthine Government expresses its gratitude to all Bail Justices and Justices of the Peace around Victoria for the invaluable roles they undertake on behalf of the community,” Mr Clark said.