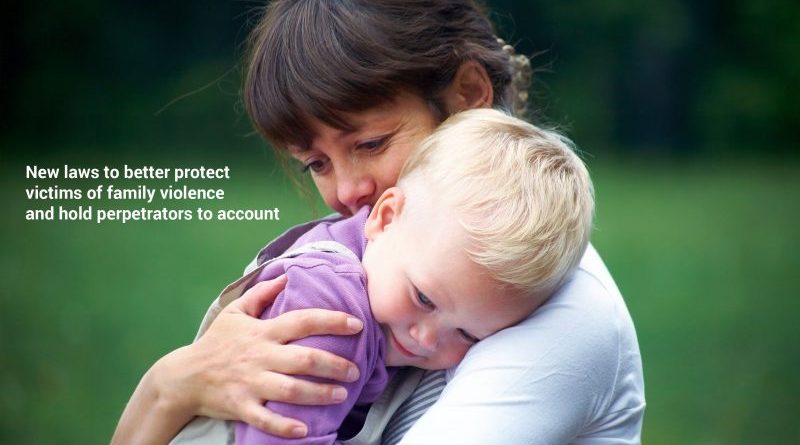 Legislation to further protect and empower victims of family violence and hold perpetrators to account is being introduced into Parliament today by the Victorian Coalition Government.

The new laws will empower police to issue family violence safety notices (FSVNs) to protect victims 24 hours a day, 7 days a week, instead of only outside of 9am to 5pm weekdays.

As well, FVSNs will be able to operate for up to 5 working days, instead of for only 120 hours as at present, allowing longer protection for victims and more time for victims to take advice and make decisions before attending court.

Attorney-General, Robert Clark said the safety notice reforms would allow police to issue a safety notice to protect a family violence victim at any hour of the day or night.

“At present, if police are called to a victim’s home between 9am and 5pm weekdays, they have less capacity to protect the victim than outside of those hours,” Mr Clark said.

“These reforms will put an end to that anomaly, allowing police to provide the same protection for victims at any hour of the day or night, and providing greater consistency in the way family violence incidents are handled.”

As well, the new laws will allow interim intervention orders to become final orders without need for a further hearing, if both the court and victim consider it appropriate and the respondent doesn’t wish to contest the order. This will avoid unnecessary stress and delay for victims and allow courts to spend more time on those cases where a full hearing is required.

Mr Clark said the amendment allowing a family violence intervention order to be finalised after 28 days unless challenged will mean that in many cases victims will be spared the additional stress of having to prepare to face the perpetrator in court.

“At present, respondents don’t attend court in over a third of cases and a final order is made in the respondent’s absence. This reform will mean that where both the court and the victim consider it appropriate, a further hearing will only be required if the respondent wants to contest the order being made.”

The reforms will also lift current bans on the reporting of family violence intervention orders when reporting charges and convictions for breaches of such orders, so that adult victims can choose to speak out.

Mr Clark said the reforms will allow adult victims to publish or authorise the media to publish the existence of a family violence safety notice or intervention order together with the identity of any offender who has been charged with or convicted of contravening the notice or order and the identity of the adult victim. Currently, such reports cannot be published without a court order.

Premier, Dr Denis Napthine said, “Perpetrators of family violence should not be allowed to hide behind laws intended to protect victims.”

Mr Clark said, “This reform will empower victims of family violence, allowing them to talk publicly about their experiences without having to seek permission from the court.

“It will strengthen perpetrator accountability by allowing those who contravene family violence safety notices and intervention orders to be named publicly and reported on as family violence offenders in the media, as can happen with persons charged with or convicted of any other crime.

“This in turn will allow fuller and more open reporting about the nature and extent of family violence and its impact on Victorian families, promoting public discussion and improving community awareness.

“The reforms in this Bill will further help to deliver the Government’s commitments under Victoria’s Action Plan to Address Violence against Women and Children to maintain victim safety, hold perpetrators to account and provide effective justice responses.”