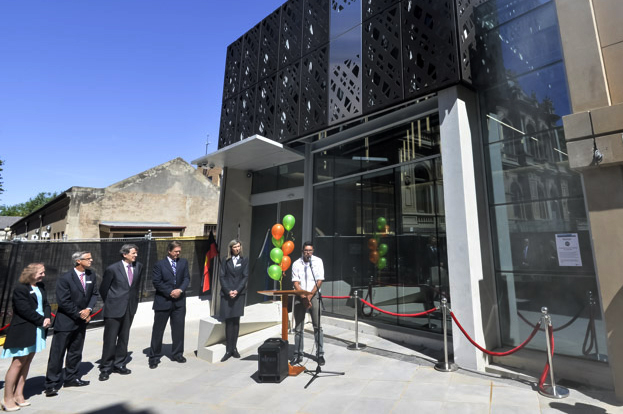 There are also dedicated spaces for barristers to interview their clients, a safe waiting area for family violence victims, additional judicial chambers and two holding cells with associated facilities available for use by Victoria Police.

“The redevelopment provides much better facilities for court users, and will also free up police time by allowing more prisoners to be held at the court pending trial, reducing the time police have needed to spend shuttling prisoners to and from police cells since the move of the police station to High Street in 2007,” Mr Clark said.

“The Coalition has been working to fix regional courts following Labor’s 11 years of neglect – including: providing $63 million for a new court complex at Shepparton; a $2.7 million refurbishment of Wangaratta Courthouse; and installing CCTV security in 20 courthouses across rural and regional Victoria.

“Residents of Bendigo and the surrounding region will benefit from having a range of justice services located in the same building, with over 75 Department of Justice and court staff under one roof.

“This Centre will be a valuable new addition for the Bendigo community, legal profession and court users.”

With construction complete, commissioning of the new court and justice service centre will now commence. The facility is expected to be fully operational by early next year.