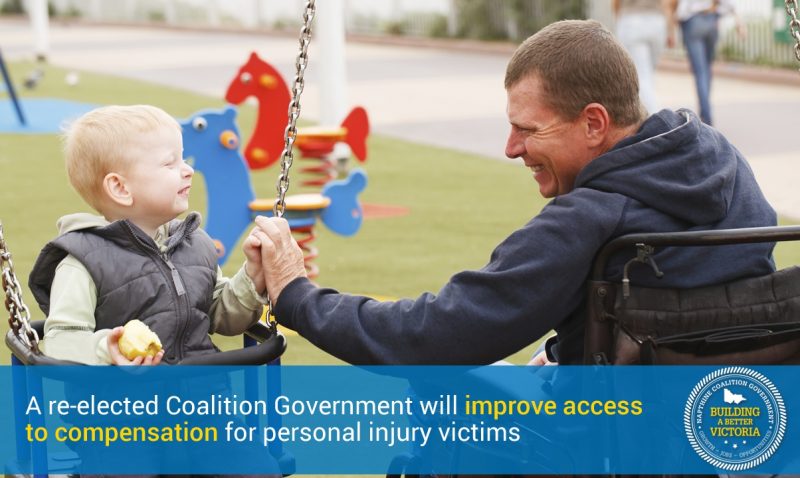 A re-elected Coalition Government will introduce legislation into Parliament to reform the law relating to personal injuries.

Attorney-General Robert Clark said the measures, contained in exposure draft legislation released today, are designed to address anomalies and inconsistencies in the law.

“These laws create fairer rules for people who are injured through the negligence of others,” Mr Clark said.

The exposure draft gives effect to the Government’s response to recommendations from the Victorian Competition and Efficiency Commission’s review of the Wrongs Act that was commissioned by the Government.

The proposed legislation does not include measures relating to VCEC’s recommendations regarding spinal injuries, to which the Government is giving further consideration.

The Government did not accept a further VCEC recommendation that would have reduced the damages that can be claimed for certain motor vehicle injuries.

The exposure draft is available on the Department of Justice website: www.justice.vic.gov.au. Submissions on the draft are sought by 5 December 2014.