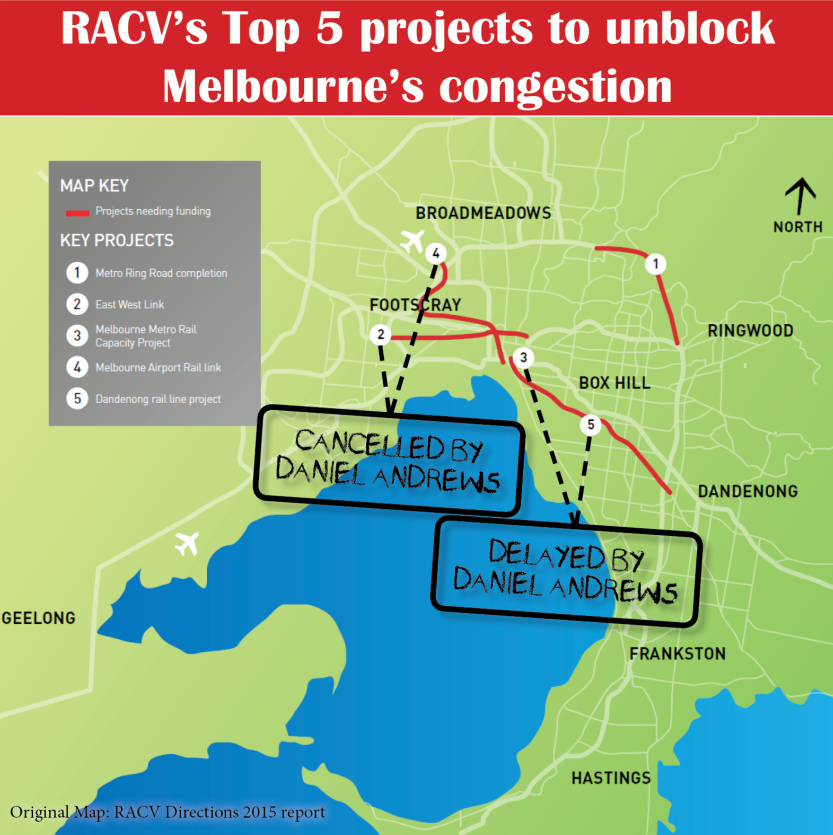 The RACV has today put five key projects at the top of its list to fix Melbourne’s congested transport system.

However, even though funds were provided for four of these five projects by the Liberal-Nationals government in last year’s state budget, so far Daniel Andrews has cancelled two of those projects and delayed the other two.

Victoria’s population is growing quickly, and Melbourne grew by over 95,000 people last year alone. We urgently need upgrades to rail, road and port infrastructure, and we can’t afford to have these projects scrapped or delayed by Mr Andrews.

You can read a news report on the RACV’s top five projects at RACV Demands Urgent Transport UPgrades and see the RACV’s Directions 2015 paper at http://www.racv.com.au/wps/wcm/connect/racv/internet/primary/about+racv/directions/directions.pdf