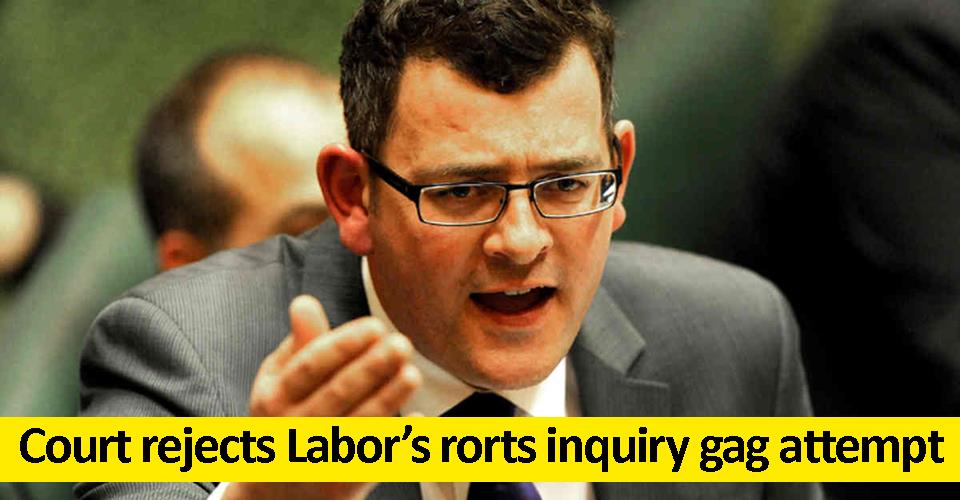 There’s a powerful editorial in today’s Herald Sun on Premier Andrews’ arrogant folly in thinking he can break the law and get away with it.

Mr Andrews talks loudly about others needing to respect and obey the law, but continues to break the law himself.

We’ve seen it with his attempts to ram through a CFA agreement that the government’s own lawyers say most likely breaks the law.

Most recently we’ve seen it with his illegal refusal to allow a new Nationals MP to be appointed to fill a casual vacancy in the Parliament, trying to blackmail the Coalition into letting the government get away with refusing to hand over documents they are obliged to provide to the Parliament.

At least the way is now clear for the Ombudsman to investigate the “red shirts” rorts affair and report to the Parliament and the community on exactly what went on.