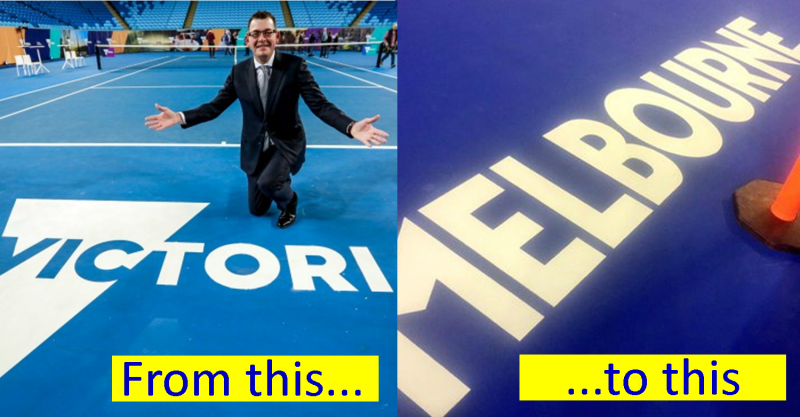 What a debacle – first Daniel Andrews tells Victorians how good his new $20 million logo will look at Melbourne Park, then it turns out the logo can’t be used because its shape makes it too slippery for players!

I said when this awful-looking logo was launched in August that the Premier should have told the advertising gurus to go away and do better.

Mr Andrews should now be apologising to Victorians for all the public money that’s he’s wasted on logo that can’t even be used to promote Victoria at one of the biggest sporting events of the year.