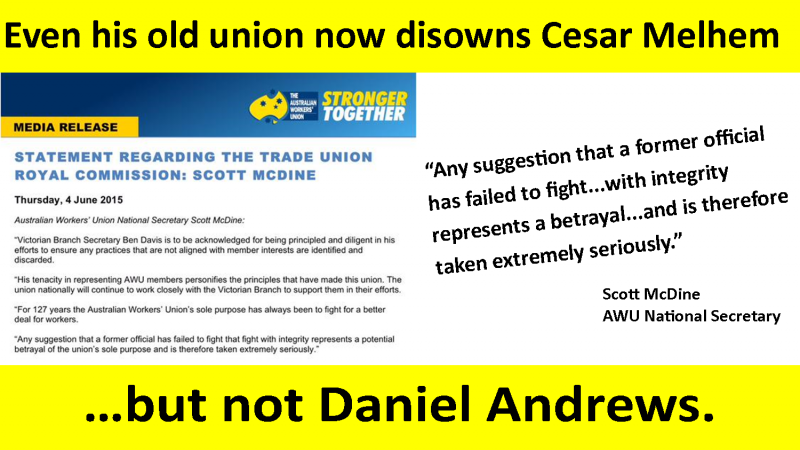 Premier Andrews remained in his bunker again yesterday, refusing to say or do anything about yet another of his off-the-rails MPs.

Victoria can’t afford to be run by a rogues gallery like this.

We also can’t afford to have trade unions operating under the law of the jungle.

If Premier Daniel Andrews, Federal Opposition Leader Bill Shorten and unions like the AWU are fair dinkum about fighting for workers with integrity, they will support passing reform legislation in Canberra to crack down on this mess and ensure Australia has unions that actually work in the interests of ordinary workers, rather than the political and personal interests of union officials.