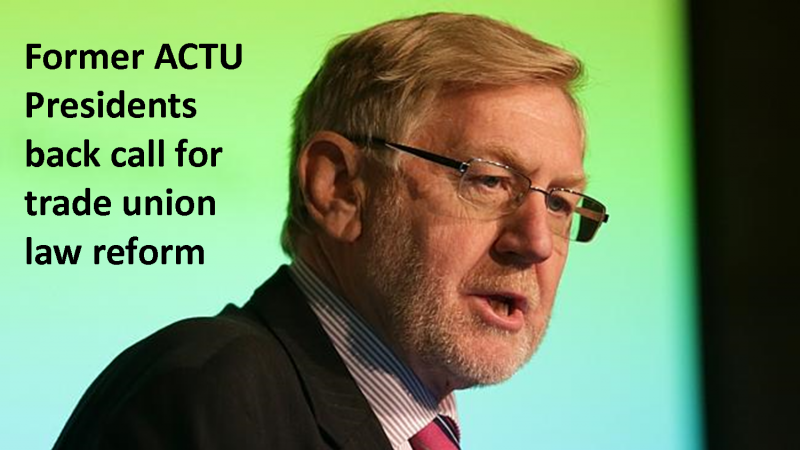 It’s good news that wise heads in the union movement see that trade union law reform will be good for workers and honest unionists, and are prepared to speak out, as reported in today’s The Australian.

Bill Shorten and the Labor Party need to put the interests of workers ahead of protecting rorting union officials, and pass the Federal government’s reform legislation that’s now in the Senate.

As Martin Ferguson says, “The royal commission revelations have sent a timely reminder to the union movement and the Labor Party that they have to get their house in order.

“The time has come for people to stop being in denial about the findings of the royal commission and to front up to their responsibility to working people to properly manage their membership fees in accordance with their expectations.”

The Royal Commission evidence has shown that reforms are vital to require union officials to declare and avoid conflicts of interest and to provide effective remedies against those officials who sell out their members.

For The Australian’s report, see Unions need to get house in order, say ex-ACTU leaders.