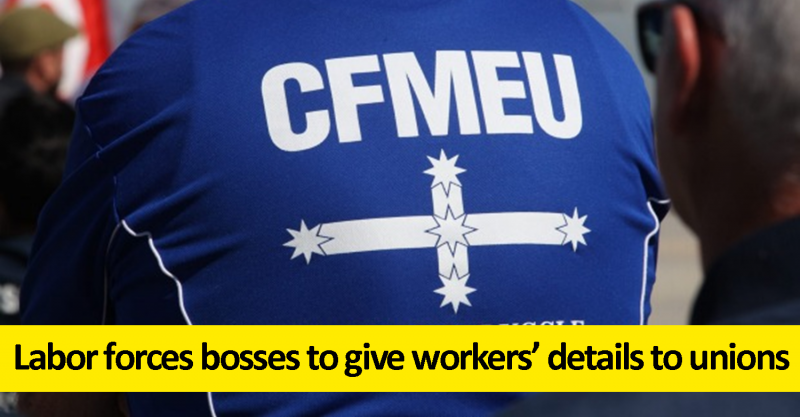 How would you feel if your boss could only do work for a Labor government if they agreed to hand over your personal details to a union, which could then visit you at home and pressure you to join?

That’s what seems to be happening in the ACT. According to today’s Australian newspaper:

‘All ACT government agencies have been told to “decline to award a tender proposal for ACT government works or services” if the tenderer does not undertake to meet a list of union demands, including examination of company records, the names and addresses of workers and the right of entry for unions to recruit members.’

This secret deal is a disgraceful abuse of office by a Labor government that is willing to sell out workers and the broader community interest in order to financially benefit the union movement that then funds the Labor Party and chooses Labor MPs. It should not be tolerated.

For the full text of today’s article in The Australian, see Labor hands unions veto power over who gets work in the ACT.  See also the comments by Federal Minister, Josh Frydenberg, at ACT Labor government’s veto deal for unions a racket: Frydenberg