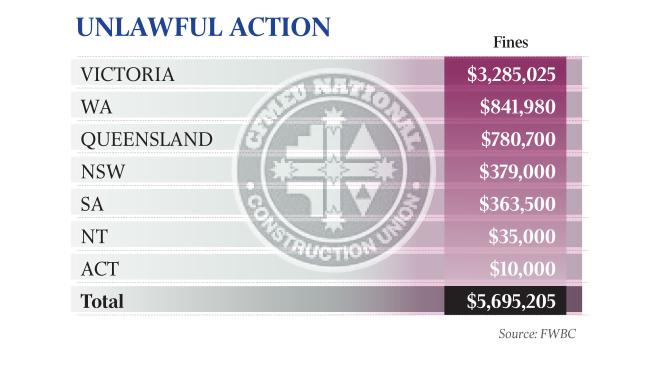 Figures in today’s Australian newspaper confirm the CFMEU’s appalling record of thuggery and lawlessness in Victoria.

Yet, instead of condemning the CFMEU and cutting his ties with them, Premier Andrews does the CFMEU’s bidding, abolishing the Construction Code Compliance Unit that sought to uphold the law on Victorian building sites, and ignoring Victoria Police calls for tougher laws to tackle crime in the building industry.

Victoria and Australia can’t afford to have Labor governments condoning systemic lawlessness, threats and violence in the workplace. The culture that “It’s industrial relations, so it’s different” is completely unacceptable. That’s why the union reform legislation currently before the Australian Parliament is vital for Australia’s future reputation, prosperity and respect for the rule of law.