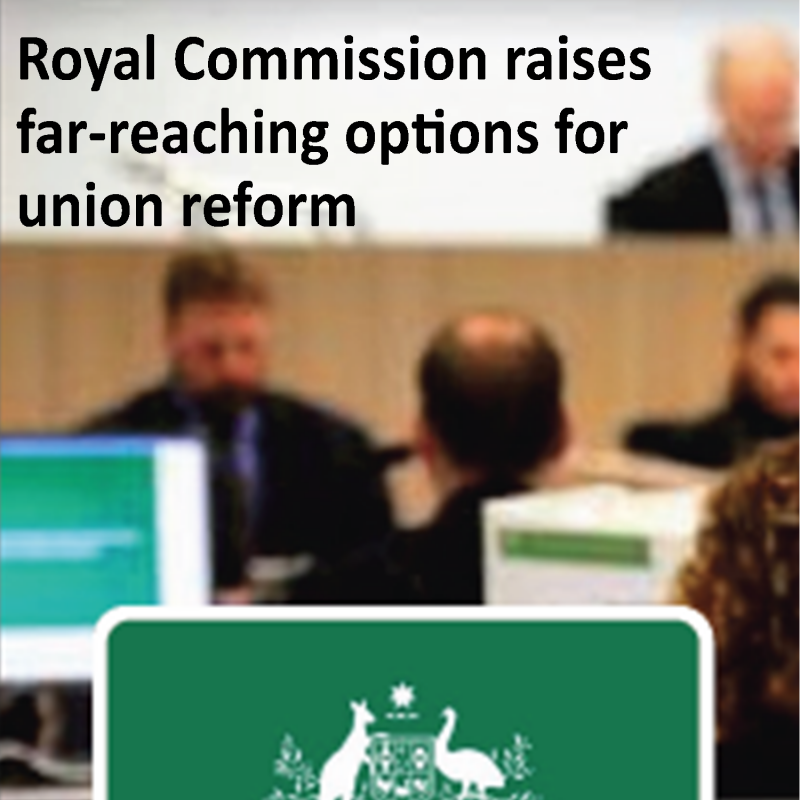 The way trade unions are run has profound effects on Australia’s economy, on the rule of the law and on the integrity of our political system.

For far too long, too many union officials have regarded themselves as above the law – misusing their position, rorting their members’ funds and defying court orders.

This is an important step forward in the debate we need to have as a nation, and the debate that honest and sincere union officials need to have within the union movement about how best to serve their members.

The Royal Commission will receive submissions on its discussion paper until August this year, and then consider those submissions before making its report and recommendations.

For a copy of the discussion paper, go to http://bit.ly/1c1Vpaj.