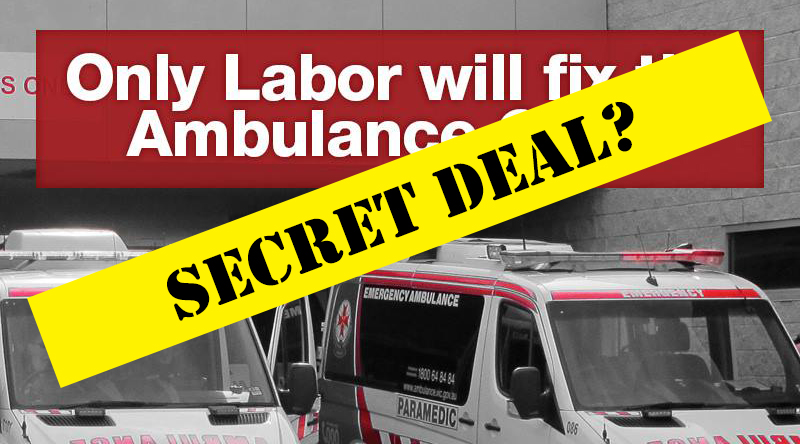 The deal done by Daniel Andrews with the paramedics union looks set to become an expensive benchmark for taxpayers, with a wide range of public sector wages agreements coming up for renegotiation this year.

With Mr Andrews having already refused to set any target or guideline figure for public sector wage increases, and with the precedent of the ambulance deal, Victorians risk having hundreds of millions of dollars added to the state’s annual wages bill, meaning less money available to actually provide more or better services to the community.

Public sector workers are entitled to fair and reasonable wage increases, including the opportunity for higher increases based on productivity. However, under a Premier who refuses to set a wages guideline, and who doesn’t know the difference between good faith bargaining and unprotected industrial action, wage increases are likely to be based on union muscle and political influence, rather than on what is fair and reasonable.

For The Age’s assessment of upcoming wage demands, see Major EBAs loom for Andrews government in 2015.