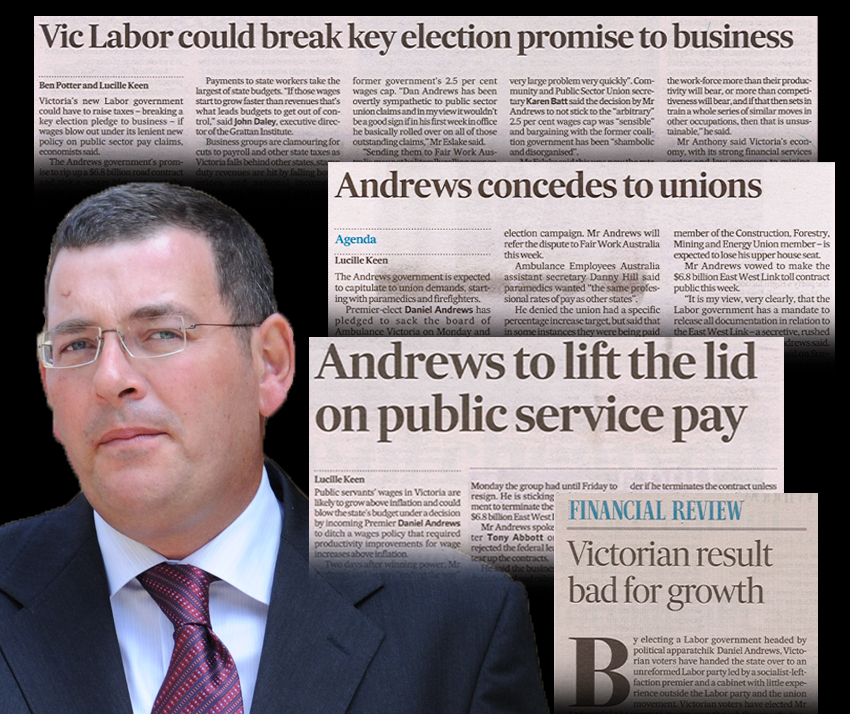 Experts are already warning of the dangers to the state’s finances if Daniel Andrews gives in to unreasonable wage demands from public sector unions.

The Coalition government’s policy was for a guideline wage increase of 2.5% per annum per cent plus genuine productivity savings. Deals under that policy were successfully negotiated with police, nurses, teachers, public servants and many others.

However, Premier-elect Andrews says that in future there would be no set policy, but each increase would be negotiated “on its merits”.

If this is mishandled, it will add hundreds of millions of dollars a year to the State’s wages bill – money that won’t be available for service improvements or infrastructure, or money that will have to be recovered through higher taxes.

This cost will come on top of the further high price the community will pay for putting services like Ambulance Victoria, the CFA and the MFB under the thumb of their respective unions.