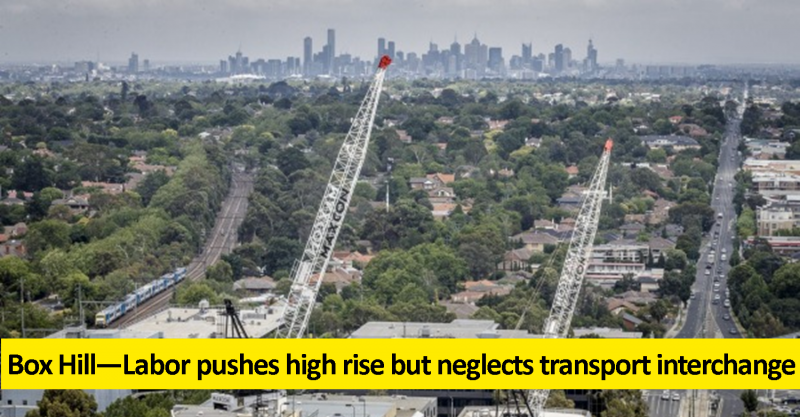 As today’s Age reports, Whitehorse Council has completed a study on the need to upgrade the Box Hill transport interchange.

The problem is that while the Andrews government has been happy to push high-rise, high density development out into suburbs like Box Hill, it’s shown no real interest in providing Box Hill with the transport improvements needed to cope with those growing numbers of residents.

The work and consultations about redeveloping the interchange and shopping centre started under the Coalition government were abandoned when Labor came to office.

To make matters worse, the government then delayed for almost a year before setting up an “advisory group” on the interchange, despite its being an election promise to establish such a group.

Whitehorse Council’s study has shown clearly the case for upgrading the interchange. What is needed is for the government to develop a solution – it needs to sit down and negotiate with the centre landlord, transport operators and other stakeholders, come up with a model and implement it.

For The Age’s report, see Booming Box Hill in desperate need of new railway and bus station: council .  For Whitehorse Council’s summary of the case for upgrading the interchange, see Building an Even Better Box Hill .