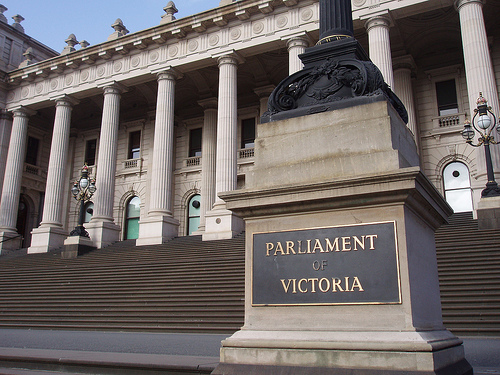 Legislation brought into the Victorian Parliament today will help simplify a number of election procedures ahead of this year’s state election.

The changes will allow people to apply online to vote by post and will provide alternatives to having a witness verify identity on an enrolment form, such as by providing a passport or driver’s licence number.

“These are commonsense changes to make it easier for people to exercise their rights to enrol and to vote,” Mr Clark said.

“This change, which is based on a similar Commonwealth provision, will help avoid confusion and prevent misleading conduct, so voters can have greater confidence their vote is being directed as intended,” Mr Clark said.

The new laws would also change the deadline for people enrolling to vote, with rolls closing three business days after writs are issued for a normal general election, and pre-poll voting commencing on the Monday after the close of nominations.

“These changes are based on recommendations of the bi-partisan Electoral Matters Committee of the Parliament in its report on the conduct of the 2010 State Election.

“The changes will give the Victorian Electoral Commission more time to prepare the rolls for voting and end the confusion and difficulties that currently occur with voting starting on the afternoon that nominations close, where ballot papers have not been printed or distributed and how-to-vote cards have not been registered,” Mr Clark said.

Further sections of the Bill help reduce red tape associated with having how-to-vote cards approved, by reducing the need to have documents authorised and registered multiple times.

The Bill also makes clear that advertisements, signs or publications do not amount to electoral matter simply because they contain a reference to a government or government agency, provided the nature and form of the material is such that it does not appear to be intended or likely to affect voting.

If the Bill is passed by Parliament, the new laws will come into effect in time for the 2014 state election.