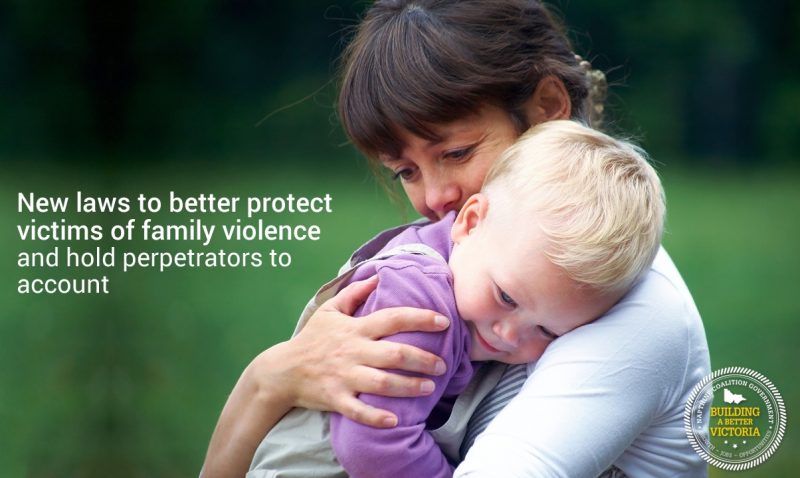 New laws to better protect and empower victims of family violence and hold perpetrators to account have come into force today.

Attorney-General Robert Clark said the new laws give police the power to issue family violence safety notices to protect family violence victims at any hour of the day on any day of the week.

“From today, police are able to issue family violence safety notices 24 hours a day, seven days a week, instead of only outside of business hours,” Mr Clark said.

“This means police can now act on the spot to protect victims whenever and wherever family violence occurs.”

Mr Clark said the new laws also lift bans on the reporting of contraventions of family violence safety notices and intervention orders, so that adult victims can choose to speak out.

Under this reform adult victims can publish or authorise the media to publish information about contravention of a family violence safety notice or intervention order, including the respondent’s identity, where the respondent has been charged with or convicted of contravening the notice or order. Currently, such reports cannot be published without a court order. This reform applies to both past and future charges and convictions.

“This reform will empower family violence victims to speak out publicly about their experiences without having to seek permission from the court.

“This will allow fuller and more open reporting of family violence – about the extent of the problem and the far reaching impact it has on families – in order to promote public discussion and improve community awareness.”