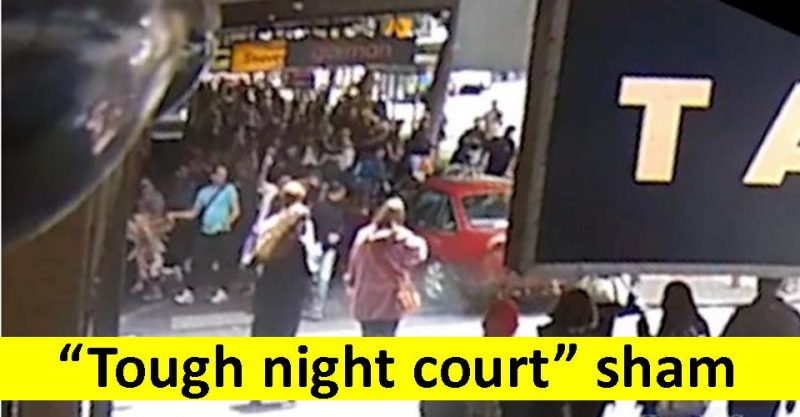 Premier Daniel Andrews on Monday promised Victorians swift action to establish a “night court” that would toughen up on bail decisions.

Now we find this so-called “night court” is sitting only from 5pm to 9pm on Saturday and Sunday evenings, and it will only hear cases where the accused is remanded to the court between 3pm and 8.30pm on those days. For accuseds remanded at any other time, nothing has changed.

On top of that, magistrates usually grant bail far more often than bail justices, so having accuseds brought before magistrates isn’t likely to achieve tougher bail decisions anyway, even if the so-called “night court” does eventually sit at night.

Yet again, Premier Andrews would have Victorians believe he’s taken swift and effective action, but unfortunately the reality is very different.

For The Australian’s report on the “night court” opening, see Melbourne night court to start.