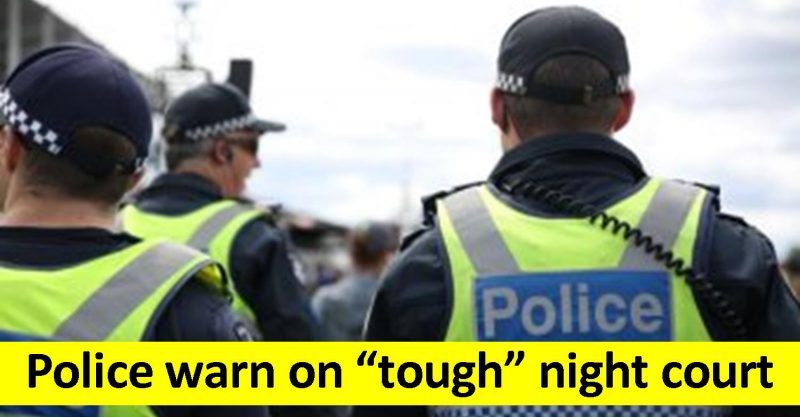 More problems have emerged for Premier Andrews’ dodgy claim that his “night court” will toughen up on bail decisions.

Not only is his “night court” only sitting until 9pm, but now Victoria Police are warning that tying up their time taking prisoners into the court will mean police can’t be on the streets protecting the community, as reported last night on ABC news – see Victorian police discouraged from using resources for new night court.

Tightening bail needs changes to the law, and the government should bring legislation to the Parliament urgently, not sit on their hands waiting for the results of a review. By all means have a review, but do now what we already know need to be done.