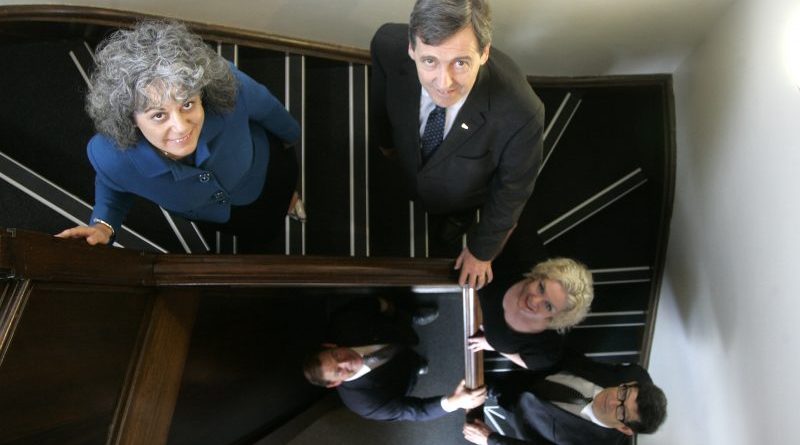 Member for Murray Valley, Tim McCurdy said the redevelopment was a welcome asset.

“The existing building is now over 70 years old, and this significant refurbishment ensures it will continue to provide a safe and efficient environment for court users in the Hume region for many years to come,” Mr McCurdy said.

The first stage of the two-stage development included the upgrade of police holding cells, which allowed the court to operate at capacity with improved security.

The second stage included refurbishing the court’s west wing and administration centre, replacement of the roof and provision of safe roof access, as well as addressing structural and other safety issues.

Additionally, the upgraded west wing will also accommodate offices and mediation rooms for Children’s Court Conferencing. The jury pool room has also been upgraded to seat up to 60 people.

“These significant works will broaden the range of court services available and improve accessibility for people with disabilities,” Mr Clark said.

“The Napthine Government is working to improve court facilities across regional Victoria after more than a decade of neglect under the previous Labor government.”

Mr McCurdy said the works add to the Wangaratta Justice Service Centre – which the Victorian Coalition Government opened last year – a facility which brings together a range of justice services under one roof.

“Together, the Justice Service Centre and Wangaratta Magistrates Court will bring first-class services to the community here in the Hume region,” Mr McCurdy said.

Mr Clark said the investment was a demonstration of the Napthine Government’s commitment to supporting the vital work of the courts and law enforcement and to building a safer Victoria.