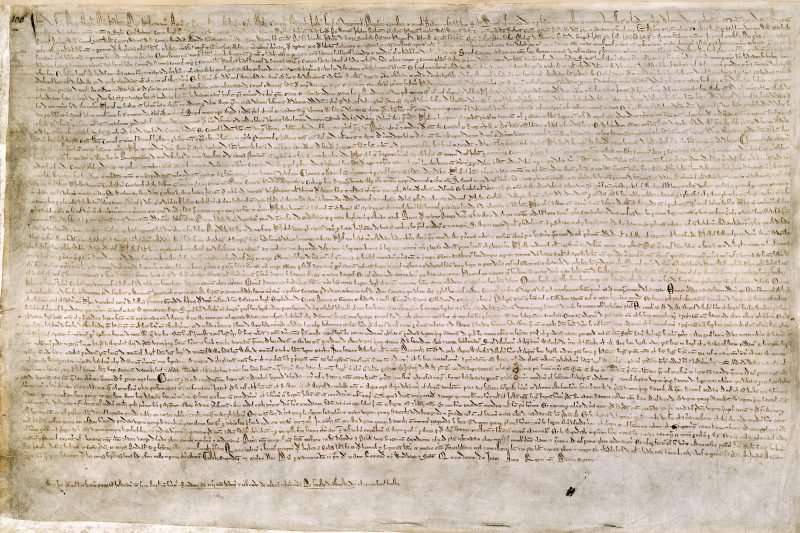 Today is the 800th anniversary of Magna Carta. A lot has been written about it, but why does it matter? There are at least three reasons.

First, Magna Carta required the king to agree that no new taxes would be imposed without the common counsel of the realm. This is the fundamental power that has been used by Parliaments over the centuries in order to control kings and governments.

Secondly, Magna Carta established that the king is bound to observe the law, and neither the king nor any official can act against a subject other than in accordance with the law of the land.

Thirdly, the events leading to Magna Carta were a rebellion against the king based on a cause, rather than simply to replace the king with someone else. This showed that if the king breaks the rules, his subjects can make him comply with the rules.

Magna Carta itself was a negotiated peace deal between King John and his barons, which both sides reneged on soon afterwards. But it became entrenched in our legal framework because its key provisions were repeatedly reissued by subsequent kings in response to popular pressure during the rest of the 13th century, and become part of English statute law.

Thus Magna Carta set England, and English-settled countries around the world, on a course that gave us the principles that rulers are subject to the law and subject to the people through Parliament. These principles have proved vastly superior to the notions of absolute monarchy, totalitarianism or dictatorship that have prevailed in other part of the world in both past and present times.

We thus owe a lot to Magna Carta, and we also owe it to future generations to understand and pass on to them the significance of what happened in that marshy field at Runnymede 800 years ago today.

(The image shown is of one of the four surviving copies of the original 1215 Magna Carta, now held in the British Library. For more, see http://www.bl.uk/collection-items/magna-carta-1215.)