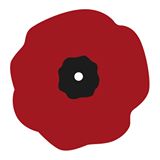 “By 8 o’clock the long column of 2000 men was formed in fours and the head of the column was already moving out of camp. Through Essendon, Moonee Ponds and Flemington the brigade reached Melbourne shortly after 10 o’clock and, at Campbell and Sons horse bazaar on the outskirts of the city, halted for a few minutes to water the troop and transport horses – just time to smoke a cigarette, then tighten girths and straighten slouch hats, ready for the two mile parade before the e…yes of Melbourne. Meanwhile Melbourne was ready and waiting their arrival. Every suburban train that reached Flinders Street or Spencers Street station before 11 o’clock, and every tram car that ran on the city routes helped to swell a crowd that lined the whole marching route three deep and gathered in mass round the saluting base.

“Collins Street and Bourke Street were avenues of flags and bunting, shops and office windows from ground floor to roof were crowded points of vantage. Prompt, at 11.40 am the head of the brigade turned from Kings Street into Collins Street and met the first cheers of the crowd. ‘Where’s your hankies?’ called a mother to her girls. ‘You’ll have to give a shout for Cyril.’ Shout they did – and not for Cyril only. As the head of the column wheeled into Collins Street, the mounted band struck up a swinging march, the men stiffened on their horses, and it took the most persuasive calls from sweethearts at the barricades to get the least flicker of recognition from the trooper on parade. An old gentleman watching eagerly leaned out of the crowd with a handkerchief tied to the end of his umbrella ready to raise it frantically as his son rode by. He received a grave, dignified nod of the head, and waved so frantically that the line of horses shied and nearly broke the column. All along the route of march it only required one voice to raise a ‘hip’ and a hundred voices finished the cheer.”  (Melbourne Age, 21st January 1915)

This footage from the AWM collection showing the march past of the Australian 3rd Light Horse Brigade is set to the tune of the Kynegad Slashers, a popular march tune of the time.