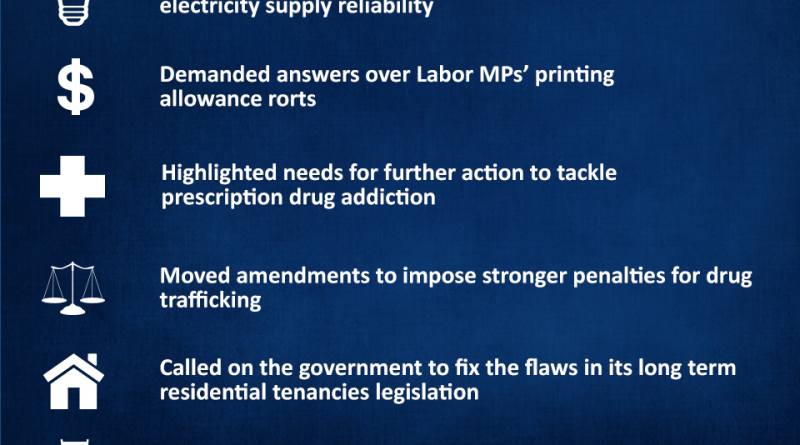 In State Parliament this week, Liberal and Nationals MPs questioned the government about threats to Victoria’s electricity supply reliability over summer.

We demanded answers from the government over the latest Labor rorts scandal, this time involving bogus or deliberately overpriced printing invoices being used to claim reimbursement from taxpayers’ funds.

We highlighted the need for further action to tackle prescription drug addiction, which costs the lives of hundreds of Victorians every year.

We moved amendments to strengthen penalties for large scale drug trafficking. Regrettably, Labor, the Greens and some cross-benchers combined to defeat our amendments.

We called on the government to fix the flaws in its legislation for residential leases longer than five years, which currently seems unwanted and unworkable.

We also continued to oppose Labor’s legislation to break up the CFA. The government had the Legislative Council sit today (Friday) to deal with the legislation, then suddenly shut down debate on it at 3.20pm without a vote.