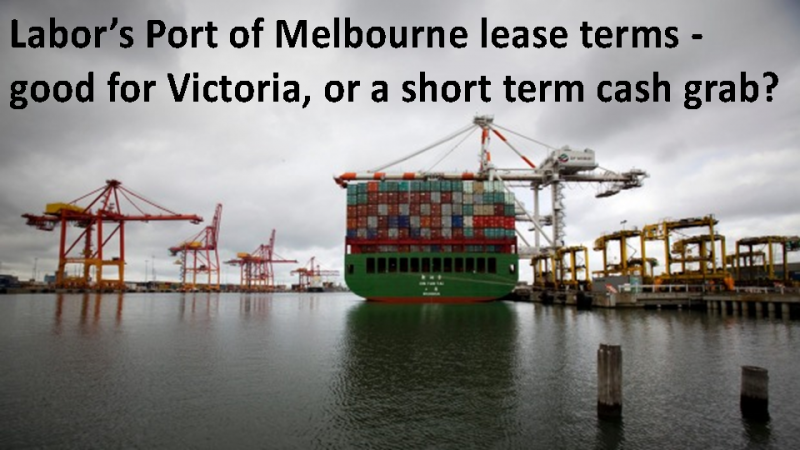 Is Labor selling out Victoria’s long term future for a short term cash grab to pay for unaffordable election promises?

Labor has now released details of how it plans to go about its 50 year lease of the Port of Melbourne, which seems to involve a promise to pay compensation to the winning bidder if any competitor port starts up within that period

Blocking any competitors would kill off development of the Port of Hastings for the next 50 years, which risks making Victoria unreachable by the next generation of large container ships and thus ending our role as Australia’s biggest freight hub.

As Shadow Treasurer, Michael O’Brien, has said, “So effectively Labor is saying for a quick dollar now, kill off any second container port for this state for the next 50 years.”

The Coalition supports the principle of a long term lease of the Port of Melbourne, but it has to be on terms that are good for Victoria – terms that will promote trade, innovation, investment, growth and jobs.

For further details of Labor’s proposal, see the Australian Financial Review at http://bit.ly/1cicKMc.