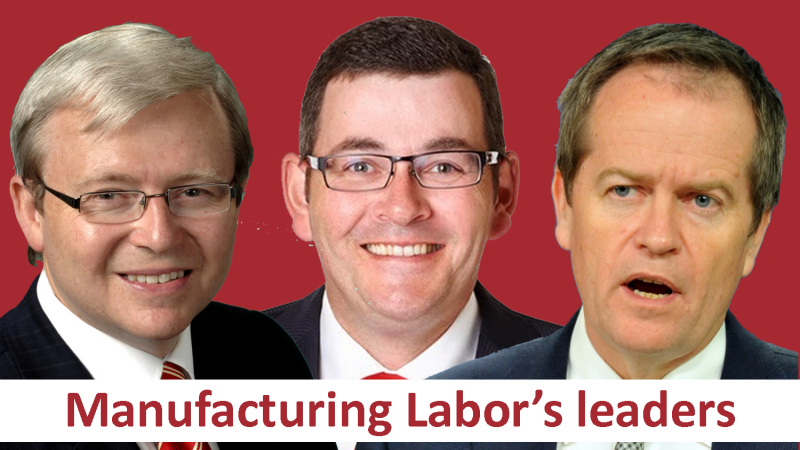 You have to be thankful when your opponents publish a “How Clever We Were” book that spills their insider secrets.

Deane tells the world how he helped the so-called “Golden Team” of Bracks, Brumby, Hulls and Thwaites defeat the Kennett government in 1999 and bring Labor to power.  Painful reading for Liberals, but insightful.

In particular, Deane boasts of Labor’s success with “the power of simplicity” in persuading voters.

Simplicity can be a powerful force for both good and evil.  It can distil the essence of a complex situation and produce a compelling call to action out of the swirl of fast-moving events and the clutter of everyday lives.  Churchill’s “blood, toil, tears and sweat”, Fraser’s “Turn on the lights”, or even Whitlam’s “It’s time” come to mind.

Yet simplicity can also be used to distort and deceive.  As Deane himself openly admits, the team that brought Kevin Rudd to power used simplicity to “turn naked ambition into narrative gold”, with Labor’s advertising guru, Bill Shannon, creating an illusion of Rudd as “a bookish everyman, someone’s nerdy dad” – a deception for which Australia has paid a terrible price.

Regrettably, this form of “simplicity” has become a well-established feature of Labor campaigning.  It is more than just a “dumbing down” in order to sell superficial policies, or putting the best face on things.  It is the calculated use whatever false messages Labor expects will be effective and that they can get away with.

The tricks are various.  One is the simple barefaced false claim (“The Liberals have slashed TAFE funding”).  Another is to assert a value or action that falsely implies your opponents believe, intend or are doing the opposite (“Only Labor will save puppies from puppy farms”).  A third is the “cardboard cut-out” makeover of a leader, with a biography falsified or airbrushed to suit (the details of Kevin 07’s childhood, for example).

Common to each of these tricks is Labor’s assessment that either the falsehood won’t be widely challenged or, if it is, that having public attention focussed on that topic will still benefit Labor.

Of course, deception unfortunately is nothing new in public life, nor is the fact that it can succeed – often for many years.  The challenge for those committed to honest and constructive public debate is how to combat it?

The first rule is that lies must not be allowed to fester.  Those who are silent are guilty, as far as the media are concerned, so it is vital that falsehoods be rebutted, and quickly.  How and where is a matter of judgement and technique, but the audience exposed to the falsehood needs to hear the rebuttal soon.

Secondly, exposure and awareness of the techniques of deception undermines their effectiveness.  The magician’s sleight of hand doesn’t work when the audience can see what is happening.

Thirdly, establishing credibility with, and earning trust from, the electorate helps inoculate against false allegations.  Both Mike Baird in NSW and David Cameron in UK through strong, positive, credible messages were able to overcome difficulties, see off falsehoods and secure the triumph of hope over fear.

Finally, a track record of failed claims and exposed falsehoods takes its toll on the deceiver.  It undermines not only the credibility of whatever the deceiver might assert in future, but also their credibility as a potential government.  Having experienced the manufactured cardboard cut-outs of “Kevin 07” and “Dan” Andrews, will voters believe the Bill Shorten cut-out when it comes off the Labor production line?

The task for all who want to see Australia overcome the stagnation and sterility of much of contemporary political debate is to refuse to tolerate lies and deception, to be vigorous in exposing and condemning them, and to engage with, reward and promote the honest, the sincere and the constructive.

For The Age’s review of Joel Deane’s Catch and Kill – The Politics of Power, see Joel Deane opens Labor’s war room to the public.