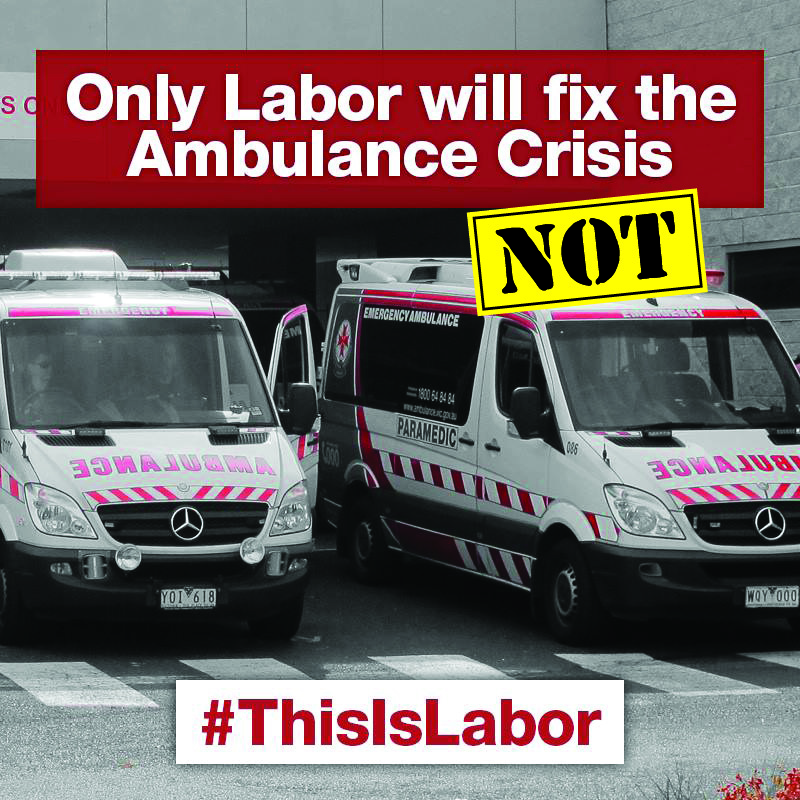 Remember when Labor said there was an ambulance crisis and only they would “fix” it?

Well, it’s now been revealed that the average ambulance response time has barely changed under Labor, and many response times have got worse.

The main difference is, the paramedics union have got the big pay rises they were promised, and they’re not saying as much these days.

Getting Victoria the best possible ambulance service requires hard work and thoughtful improvements right across the system, not slogans. It requires talking and listening to the entire workforce, but not simply giving the paramedics union whatever they want.