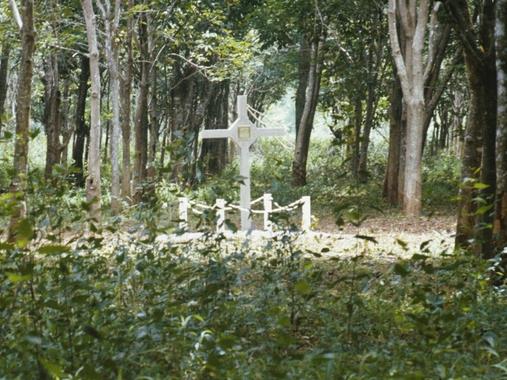 Each year on 18 August, we honour and commemorate all those who served in Vietnam. This Vietnam Veterans Day also marks the 50th anniversary of the Battle of Long Tan, Australia’s most costly single military engagement during the Vietnam War.

The Battle of Long Tan was fought on 18 August 1966. 105 men from D Company, 6th Battalion, Royal Australian Regiment (6RAR) and three New Zealanders from an artillery forward observation party from New Zealand’s 161 Field Battery, encountered an overwhelming force of more than 2,000 Viet Cong soldiers. The Australians, surrounded, short of ammunition and fighting an enemy whose strength they could only guess at, called for helicopters to drop ammunition to them.

Flying at tree-top height, braving terrible weather and heavy Viet Cong fire, two RAAF helicopters located the beleaguered Australians and dropped boxes of ammunition and blankets for the wounded. During the battle, 17 Australians were killed and a further 25 were wounded, one of whom later died of wounds. The Viet Cong suffered heavy losses with 245 soldiers later buried on the battlefield.

Pictured is the Long Tan Cross which was raised at the site of the battle on 18 August 1969. Today, it is located in the military museum at Bien Hoa. (Image and information courtesy of the Australian War Memorial.)