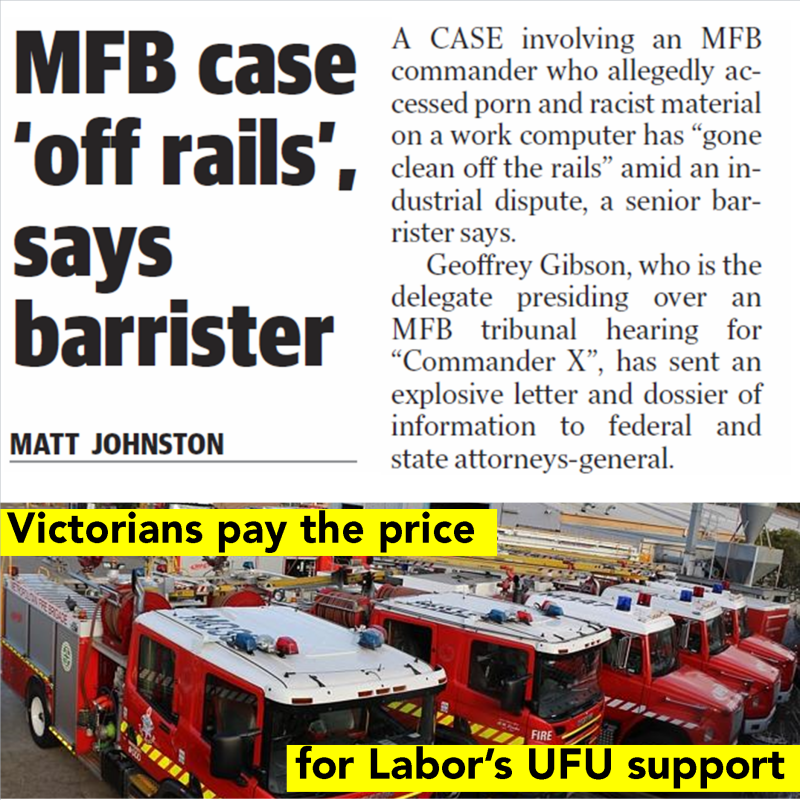 Today’s Herald Sun carries a further report on the damage being done by the firefighters union, the UFU, in stalling serious disciplinary charges against a senior MFB firefighter.

The head of the tribunal hearing the charges has written to the Commonwealth and Victorian Attorneys-General highlighting how the UFU has used the Fair Work Act “to impede the due administration of justice” under Victorian law.

These charges, involving “offensive, sexist, racist and obscene” material”, are the same charges that senior Ministerial advisers in the Andrews government have previously tried to halt.

Yet again, Victorians are paying a high price for the firefighters union’s support for Labor at last year’s state election.